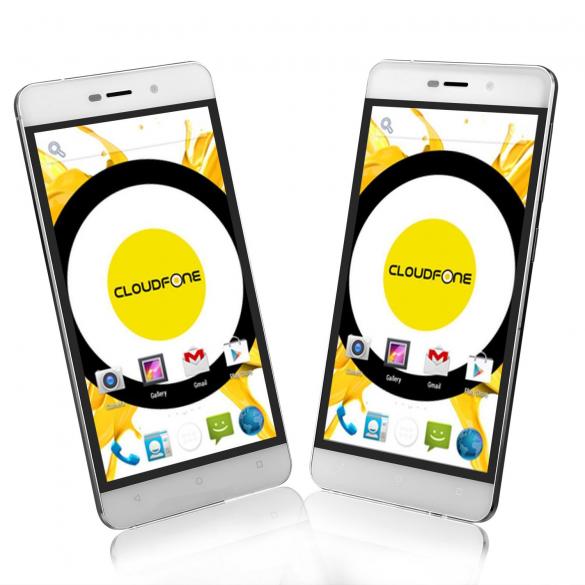 Today in the world of Mobile phone, you may have noticed that everyone carrying a mobile phone with them and some you may find having more than one mobile phone. New innovations have changed the way of Mobile phones which we were using in the initial days; today you can do almost anything with the Smart Mobile Phones. Shopping, Net Banking, Email, Games, Maps, Camera, Music, Songs, Videos, Movies and all social media accessible phones are available in the market. Nobody believed earlier that in a single device, these all things are possible. In addition, there are hundreds of thousands Android applications are on the platform of Android which enhances the fun, enjoyment, and use of the smart mobile phone. If you are planning to buy the new smartphone for you, we have reviewed on Cloudfone Excite 2 3G Phablet mobile phone in the following section which is SMART in the real sense. In the following section, we have reviewedCloudfone Excite2 3G Phablet which is packed with all the modern technology and performances.

Cloudfone is a very well known company, and it is famous for manufacturing a wide range of smartphones, tablets and its accessories with cutting edge technology. Cloudfone is based basically in the Philippines, and it is exporting in many other countries. The vision of the company is to fulfill lifestyle of people and help them to achieve their individual goals and success. Cloudfone always ensures to provide newest and modern device with the latest technology and which is the best value for money.

So far, Cloudfone has launched many smart mobile phones for the local market; Excite 2 is one of the best models they have brought. This model has a lot of superb features that make this phone outstanding among other models which are available in the market. If you are looking for a budget phone with all the latest features and technology then Cloudfone Excite2 3G Phablet can be your smart choice, it doesn’t only load with latest features but its white color body is also catchy, so your phone will be exceptional among others.

We are going to review this mobile phone in the following section:

In the box of White Cloudfone Excite2 3G Phablet following things will be included:

– 1 x AC Standard Adapter so you can charge your phone battery by plugging in.

– A USB Cable so you can download and upload images, songs, documents easily to/from your computer desktop or laptop, USB cable also help to charge the battery, when you are working on your computer, you no need to place your phone away for the charging, you can simply connect with your computer or laptop using USB cable for charging. 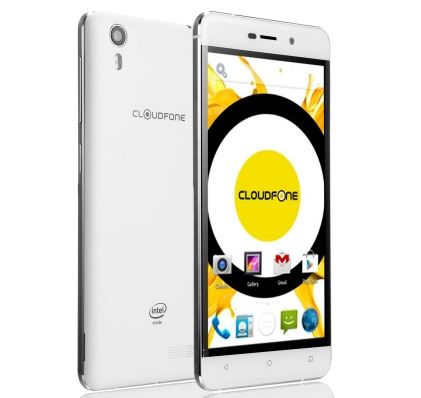 Those who are looking for a large yet superior display quality, White Cloudfone Excite2 3G Phablet is perfect for them since this phablet has a large 5-inch touch screen display which is good if you want to enjoy the game, live videos or movie on this phone. It is equipped with the technology of IPS and Full HD resolution with 1280 x 720 pixels with 267 PPI ( Pixels per inch ) density that makes this phone a better viewing angle with vibrant images. This is something which you can take your entertainment along with you on the go. Cloudfone Excite2 3G Phablet comes in white color, and the material of this phablet is metal, plastic, and glass.

Cloudfone Excite2 3G Phablet is designed with a 5-inch wide display with 2 mp front facing the camera, couple sensors, and earpiece. The right side of this phone has lock/power button and on left side, volume button so you can + or – the volume easily from one hand while you are enjoying any media. On the top side, it has a 3.5 mm earphone jack, and at the bottom, it houses the microphone jack and a micro-USB port. The back side of the phone is an 8-megapixel camera which is auto focus designed with a single flash LED and loudspeaker is also kept on the backside. Back side itself it has a removable back cover with Li-Ion 2120 mAh battery. ROM of this device is 16 GB inbuilt, and it has micro SD card slot with 32 GB expandable so you can store large media and videos for your entertainment. And dual micro-SIM card slots, so you can insert 2 SIM in a single phone.

Today camera has become an essential thing, whatever the scene, we always use our mobile phone camera. In addition, today a new trend is Selfie which youth never miss to take, wherever they are, youth never miss to take a selfie. If you are on a trip or having a party with your friends or family, the camera has become a very crucial thing. If there is no good quality of the camera in the smartphone, there will be no any points of having a smartphone. But it the good news for camera lovers that Cloudfone Excite2 3G Phablet has very high quality of camera so now you do not require asking your friend’s mobile phone for taking photos. You can use it your own.

Camara resolution of Cloudfone Excite2 3G Phablet is excellent, it is designed with 2 mp front facing the camera and rear 8-megapixel camera with Autofocus and LED flash. You will have the best camera experience, so you will no need to carry a heavy digital camera while you are on the trip with your family or friends, Cloudfone Excite2 3G Phablet is pretty enough to capture hundreds of photos and videos. The benefits to using the mobile camera are that you can share the memory immediately and also you can upload to social media directly from the phone, you no need to download to your desktop for the further use. We have given some images here which is taken from the Cloudfone Excite2 3G Phablet you can check the quality of the camera.

Cloudfone Excite2 3G Phablet is powered by 1.2 GHz octa-core processor with 2 GB of Ram that ensures a super fast performance of the phone; it runs on the software of 5.1 Android Lolipop which is the latest in the market today. The Lolipop software is designed so smart that supports all the latest Android applications. Along with the 2G, there is various a network that supports Cloudfone Excite2 3G Phablet such as GSM, GPRS 850, 900, 1800, 1900MHz. And 3G with WCDMA 900 and 2100 MHz HSDPA – it is Bluetooth Compatible with BT4.0 version. Cloudfone Excite2 3G Phablet is WiFi enabled with 802.11 b/g/n     which ensures a super performance of internet speed without interrupting WiFi connection.

Cloudfone Excite2 3G Phablet has a removable battery with 2120 mAh super capacity, so you do not require charging it often, once you charge, it will run for a long time.

Like every mobile phone, Cloudfone Excite2 3G Phablet has to its pros and cons which are also very important to know before buying, refer following some advantages and disadvantages so you can get exact idea about the phone.

– 2120 mAH battery power that runs for a longer period of time.

– Light weight body so it can be easy for you to carry wherever you go.

– MicroSD card is removable so you can use it in multiple ways.

– 2 GB RAM which ensures super speed performance of the phone

– It doesn’t have Geotagging Feature

– Cloudfone Excite2 3G Phablet is Hotspot enabled so you can share your mobile phone internet among your friends, family or relatives and it is the time to be a hero.

– Bluetooth enabled that helps to share media with your friends easily

– Micro USB connector so it can be very easy to connect your mobile phone with any computer or laptop so you can share. Uploading, downloading of media and or files easily

– Cloudfone Excite2 3G Phablet has 3.5 mm audio jack so all types of universal earphones can be easily inserted in and if you wish to play media on other speaker sources, you can easily insert other speaker’s jack into this mobile phone for better output.

– Recovers your data from memory card and SIM card

The price of Cloudfone Excite2 3G Phablet is 3,999 Php. In Philippines local market

As you have seen the camera result which is similar to a digital camera so you no need to buy or carry an additional digital camera while you are on your trip, this single phone is enough to do all types of capturing images and videos. Sharing media with the other devices and also uploading and downloading to your computer is also a breeze. However, those who are looking for 4LTE supported phone, this phone is not for them as Cloudfone Excite2 3G Phablet does only support 3G but if you overlook this feature, this SMART phone is real SMART.  Its super speed performance with white catchy color, high definition of the screen, excellent quality of the camera and many other things make phone outstanding in the market.

However, there are some cons of this model as we discussed, it doesn’t support LTE and also it doesn’t have face detection feature, camera doesn’t have Panorama Mode, it doesn’t have optical image stabilization and It doesn’t have Geotagging Feature but we believe that these features cannot be the reason for not buying this handset and you are not going to use these features often and in addition, Cloudfone is offering this smartphone which is loaded with many other great features which are best at this rate. If you are looking for a budget phone with all the latest features and technology then Cloudfone Excite2 3G Phablet can be your smart choice, it doesn’t only load with latest features but its white color body is also catchy so your phone will be exceptional among others.