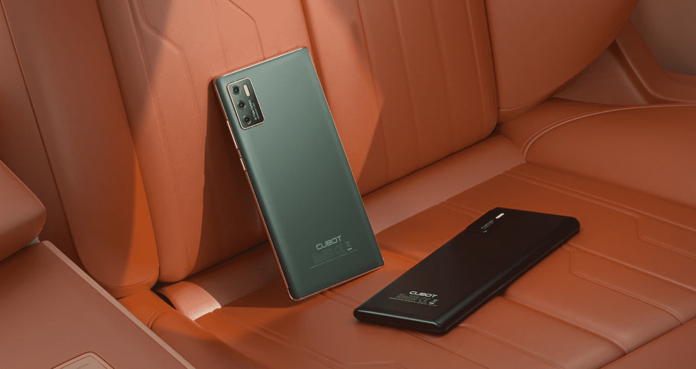 The Cubot P50 is a new Android 4G smartphone that is set to be released in 2022. This device offers a wide range of features and capabilities that make it an excellent value for the price. the handset is available at a 35% discounted price, earlier the price was $199 and now it just cost you $109, as per the company listing the phone is available in two color options Black and Green Color.

When it comes to the Cubot P50 display and other specs, it comes with a large 6.5-inch HD Plus display with a resolution of 1520 x 720 Pixels, and it’s easy to use on Dark night as well as on Sunny days, display work well, it’s bright and vibrant, it shows more natural colors. In Addition, it has a waterdrop notch on the top, which allows for more screen space and a better viewing experience. & the other specs include a powerful camera, processor, stock Android system and to run this handset it has a powerful battery.

The Cubot P50 is powered by a MediaTek HMT6762 (Helio P22) 1.8GHz octa-core processor, which is a powerful octa-core processor that works on 12nm processing technology to handle multiple apps and games simultaneously without any lag, the processor is more powerful than Helio P40 and it gives smooth operating experience, in another word we can say the chipset is mid-ranger in terms of quality. The smartphone also has 4GB of DDR4X RAM and 128GB internal storage and Supports TF cards up to 256GB extended, which is more than enough to store all your apps, photos, and videos. the best part is having a TF card slot which allows you to add more storage if needed.

For the Optics, the Cubot P50 is also equipped with a triple-camera system on the back, which consists of a 12MP main sensor and a 5MP macro sensor and the final sensor is 0.3 Megapixels which is a Photosensitive lens. The main camera is capable of capturing detailed and high-quality images and videos, while the macro sensor helps to create a bokeh effect in photos, the main sensor is made by Sony model number Sony IMX486 AI camera. Additionally, the device has a 20 Megapixel front-facing AI Beauty camera, and both side sensors capture beautiful images. 5 MP macro lens offers 2Cm close-up focus which means that small objects can be easily captured the front sensor is Made from Samsung model number Samsung S5K2T7 which can help to work as a Face unlock and capture AI Beauty images

The most important feature of the Cubot P50 is its Battery, the cellphone is powered by a 4200 mAh powerful battery which is non-removable, this battery is significantly larger than most standard smartphones, which means that you can use the device for extended periods of time without having to worry about running out of power, it is backed by AI power management system and most of the time works well while listening music, watching videos, and surfing the web. the phone also supports 10W fast charging technology, which allows you to charge the device within 75 minutes, or even more, you can listen to music for up to 18 hours, watch videos for up to 10 hours, and on a phone call it works well for around 14 hours. Now let’s discuss the software part the phone runs on Stock Android 11 which is fresh and easy to use, even more, the Cubot P50 support the NFC google pay feature which allows you to make payment very quickly. The other connectivity option includes NFC, Bluetooth 5.0 USB Type-C high-speed port, and dual Band Wi-Fi feature, and for Navigation technology, it has GPS + A-GPS+Glonass+Beidou+Galileo.

The Cubot P50 comes with multiple sensors Face ID, Proximity, Accelerometer, Magnetic, gyroscope, and light sensor, at the end the size, and package content of Cubot P50 is 156.2mm long, 74.56 mm wide, and 9.4mm thick and inside the box, you will get one phone, USB cable, charger Adapter, Cue card, user manual, phone protective case.