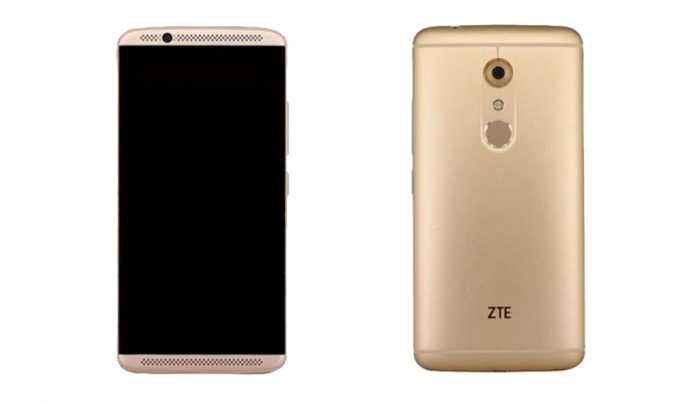 The Chinese company ZTE is all set to release its next flagship Smartphone, ZTE Axon 7 on May 26.The company has already started sending out the media invite for an event on May 26th where it is expected that the company will announce its next Flagship device while the name of the device is Axon 7 but some media reports suggest that the new device will be named as Axon 2.

Last month a handset with high-end specification with model name ZTE A2017 was listed on GFXbench and TENAA which is Chinese certification agency according to report the model name would be ZTE’s next Axon series handset probably the Axon 7 itself.

According to that listing the ZTE A2017 will come with 5.5-inch QHD OLED Display with a resolution of 2560 x 1440 Pixels and powered by Quad-Core 2.0GHz processor based on Qualcomm Snapdragon 820 chipset along with Adreno 530 GPU.The device will be equipped with 4GB of RAM and 64GB internal storage which can be further expandable via microSD card up to128GB.

The Smartphone will run on Android 6.0 Marshmallow OS and fueled by 3,140 mAh non-removable battery.In terms of camera, the device features 20 Megapixels rear camera with Dual-LED flash and an 8 Megapixels front-facing camera apart from that it offers 4G LTE, 3G HSPA+, Wi-Fi, NFC (Near Field Communications), Fingerprint sensor, Type-C USB, Bluetooth, and GPS connectivity options.The device will measures 154 x 77 x 9.8 mm and weighs around 175 grams according to the listing.