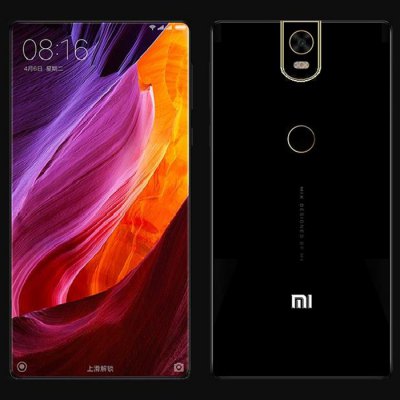 Xiaomi launched its Mix version last year in China with few featured specifications, it was a premium smartphone with bezel-less design, Xiaomi is planning to launch its upcoming smartphone (phablet) with high-end specifications rumors are revealed from online sources, according to that device is possibly coming in few weeks, still there is no official announcement, however with so many different figures of its specifications, as always since the launch date not revealed so many tech writers makes their own articles about device, but actual specs comes out after official announcement.

Apart from justly confirming the existence of the Xiaomi Mi Mix 2, there’s isn’t much official detail announced. In the way that GearBest has shown, device comes with features like its predecessor, Mi Mix 2 will come 6.4 inch QHD 2540 x 1440 Pixel resolution with AMOLED screen, it also expected to have a 19 Megapixel back and 13 Megapixel front camera with flash light and AF, and more we are expecting the Mi Mix to sport with a metal unibody design.

As per GearBest product listing device has 4GB, 6GB and 8GB RAM options, alongside device has two color options white and black, the listing also provide some details on the upcoming smartphone, it carried two different storage options 128GB and 256GB, which is pretty cool, in addition, the phone appears a Qualcomm Snapdragon 835 with Octa core 2.45GHz clock speed and powered by MIUI 9 (Android 7.1 Nougat) operating system.

In addition, it also has a 4G LTE, Bluetooth 4.2, and Dual band wireless Wi-Fi, for better navigation technology, it has GPS, A-GPS, and GLONASS, It will be powered by a 4500mAh Li-Poly battery, will also come with a fingerprint scanner on the front embedded just below the display and support dual Nano SIM Card slot, it’s predicted that the company might launch its flagship device within a month or more.