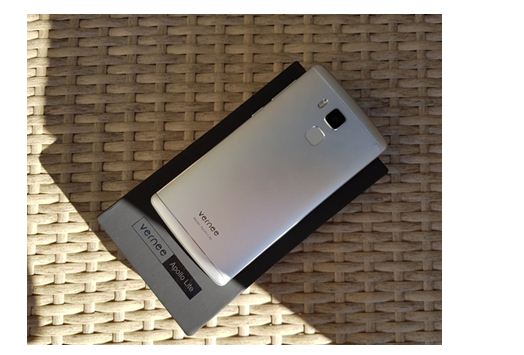 Chinese Smartphone brands hammering hard this year on the road and provide useful devices for very little money. Newcomer Vernee made a few months ago with the impression hundred euro costing Thor. The latest model is the Apollo Lite, which has a price of two hundred Euros. For that money, you get a phone with a metal casing, powerful hardware and complete America and UK 4G support.

First looks and feels Smartphone much more expensive than it is, and that’s very fine. Where many devices in this price range have a plastic housing, the Apollo Lite is made entirely of metal with a slightly curved back and rounded edges; the phone is portable to hold, though it is very hot on a hot summer day. With a thickness of 9 mm and weight of 175 grams, it is not the thinnest or lightest Smartphone. Indeed so, and a fall on the tiles only produces a small scratch on the back. On the finish of the unit is nothing to complain about, and the USB port is a pleasant surprise. Especially since it supports music output, a feature also found on the upcoming Apple iPhone 7. The Apollo Lite reminds me of the Honor 7 that has a fingerprint scanner. This is touch-sensitive and in most cases quickly and accurately.

The 5.5-inch Sharp IGZO display with Gorilla Glass 3 makes a good impression. The color reproduction is ample, and the IPS technology provides excellent viewing angles. The contrast is less than an AMOLED screen but fine. By feeling sweeping, the 2.5d edges from the screen edges fine, and the maximum brightness of the display is bright enough. The Full HD panel guarantees a sharp display, although a slight difference seen with QHD screens. In this price range, however, is a QHD panel unrealistic, and many people do not even need. The only complain It has the relatively high black borders around the screen. This attack by the white front and give me a somewhat cheap feeling. 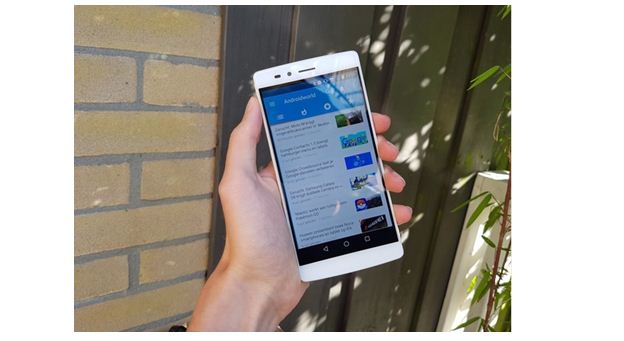 The bottom of the Smartphone speaker, produce the right sound. The sound quality also is a bit disappointing. So music is less lively than, for example, the HTC One M9. The speaker of the Apollo Lite is pretty hard, but it takes the sound quality further down.

The back contains a 16-megapixel camera from Samsung PDAF-focus, and dual color LED flash, but who regularly difficulty exposure – especially in full sun. Still, you can make great pictures (and videos) in daylight. In the twilight, the camera gets quite complicated and erodes the sharpness of the image rapidly. The flash bets offered a bright but washed out colors. The 5-megapixel front camera can easily be used for selfies and video calls but does not compare to that of devices like the LG and Samsung Galaxy G5 S7.In many cheaper Smartphone and many china brands, cameras have been an issue. With that in mind, the Vernee Apollo Lite performs pretty good, but do not expect miracles.

Apollo Lite standout is the price range and speed. The device uses a MediaTek, chipset, and 4GB of memory. These provide a smooth user experience, where daily tasks are no problem and games run smoothly. The Apollo Lite is noticeably faster than competitor’s brands. In benchmark tests, the phone scored almost as high as the Samsung Galaxy S6, one of the fastest Android Smartphone last year.

The storage space is also very spacious with 32GB, though only 25GB of available there. You can store in the second SIM card slot Micro SD card of up to 128GB.

The phone is with a sealed-in 3180mAh battery. The battery life of the Smartphone is enough, but I had expected more. So you can just regular use for a long day ahead, with a screen-on time of 3.5 to 4 hours is possible. The powerful Helio X20 chip might not be as energy efficient. Fortunately charges the included Pump Express 3.0 charger phone rapidly on. Within thirty minutes it charges from 0 to 50%, and a full charge takes only seventy minutes. And it’s usually hot during charging. The Apollo Lite battery is not replaceable and lacks support for wireless charging. Remember finally that the phone has a USB port, and so you should use other cables for the connection of the future.

Less future-proof is the lack of an NFC chip, allowing applications such as contactless payments are not possible with the Apollo Lite. He does have an FM radio, and it supports all the America and Belgian 4G networks. Although I have been using the phone without a problem, on  Vernee’s website you see a dozen of complaint about no connection to their provider. This might be a hardware problem, but no comment from the company yet.

But the company promises a “pure, bare Android 6.0 (Marshmallow) version ‘at the Apollo Lite. This Vernee suggests that the software is the same as on the Nexus One and Android devices, but this is incorrect. This primarily concerns a ‘MediaTek-ROM. Smartphone with a MediaTek chipset are usually equipped with a dozen unneeded applications.

Fortunately, the software is otherwise identical to the standard Android version, including support for things like app permissions.

Venee’s first Smartphone was an excellent introduction and boasted high hopes for the Apollo Lite. A device with powerful hardware features such as a fingerprint scanner and USB-C connector, packaged in a premium metal case for just a little price. Over the metal casing does not complain, and the display is excellent. Also, set impressive specification does not disappoint: the Apollo Lite is very fast, has lots of memory and loads rap. The cameras fall somewhat disappointing, and I expected more of battery life. Nevertheless, there is good to live. Vernee part that still needs some prove is the software. They promised “pure” Android 6.0-packed, but I experience something different, and it is still unclear whether the phone is updated to 7.0 Nougat. Nevertheless, the Vernee Apollo Lite is currently one of the best Smartphone you can buy two hundred Euros. Apollo Lite has the following features:

The thing I wish they can improve:

The Vernee Apollo Lite is available on most online stores, where you can buy it around $200. And they give about two years warranty to their customers. 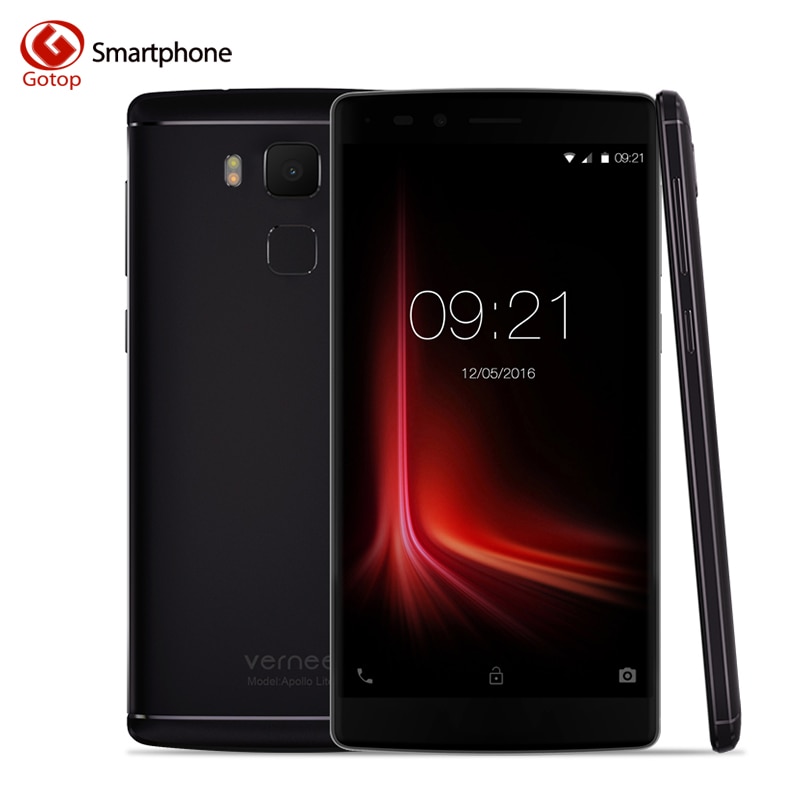 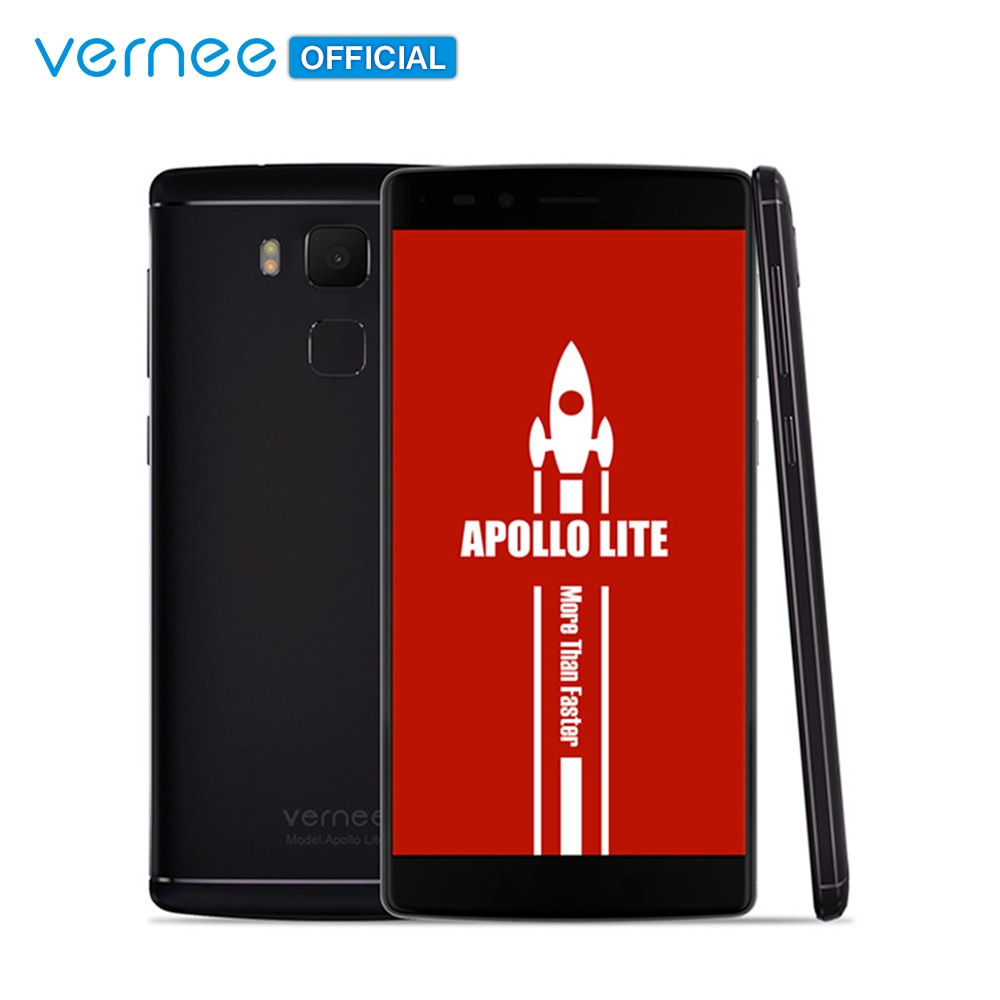 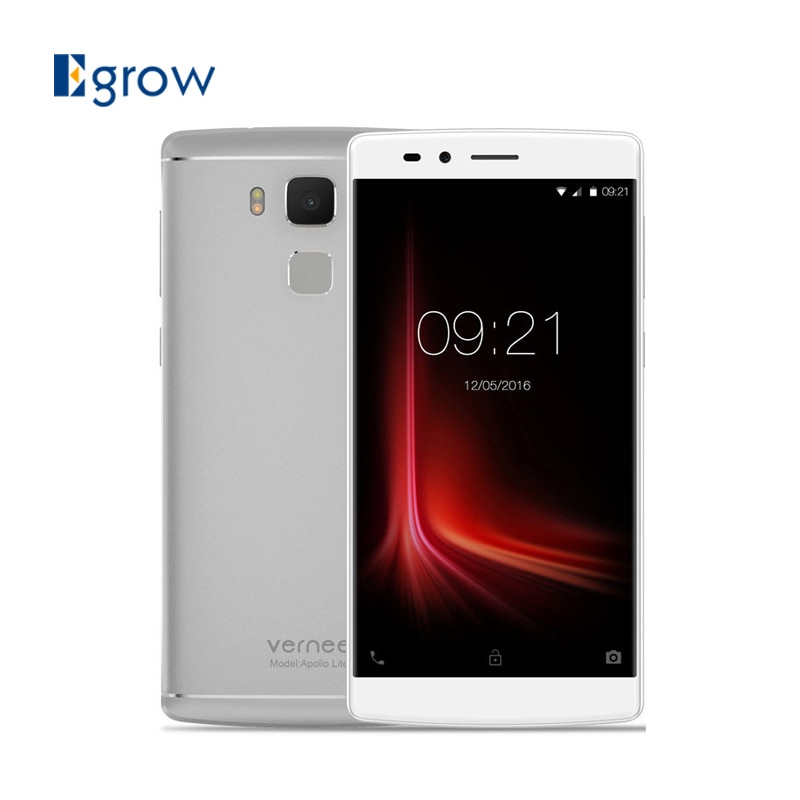 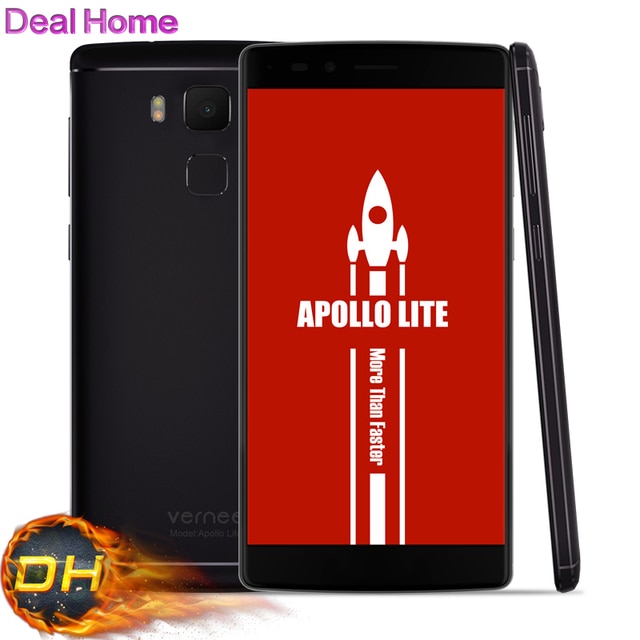 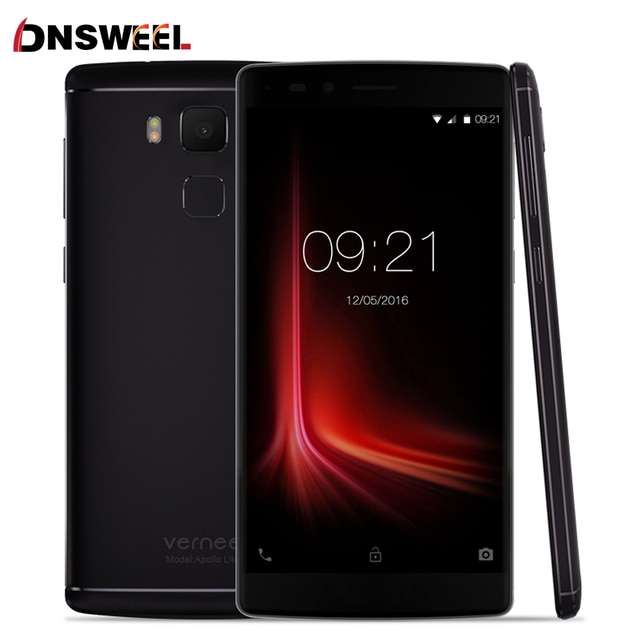 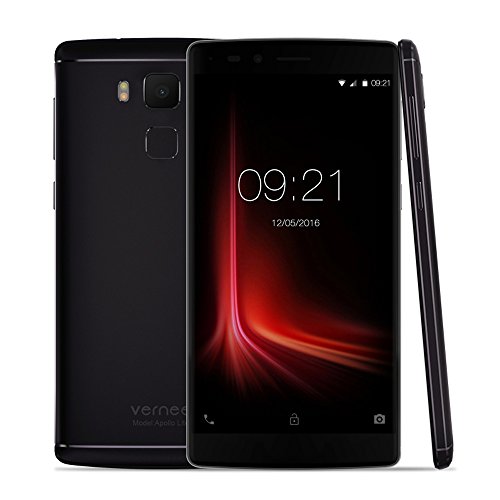 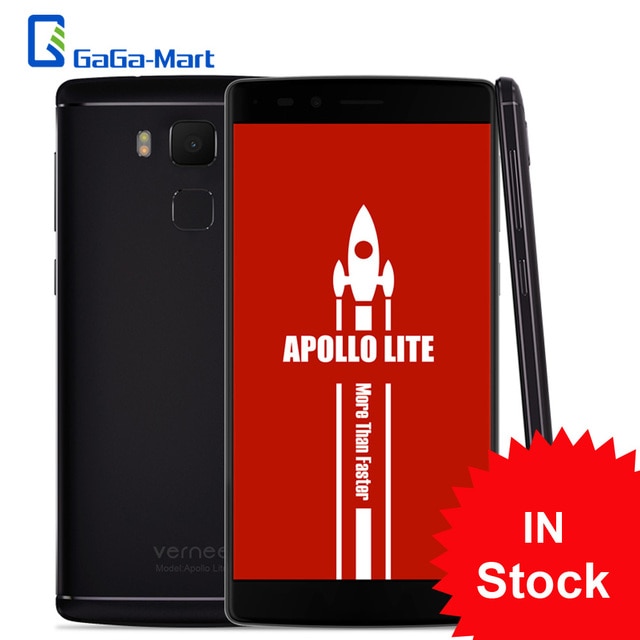 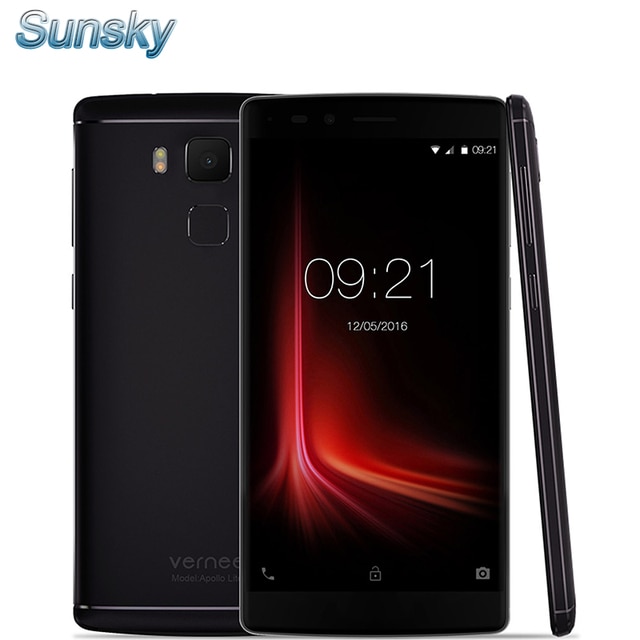 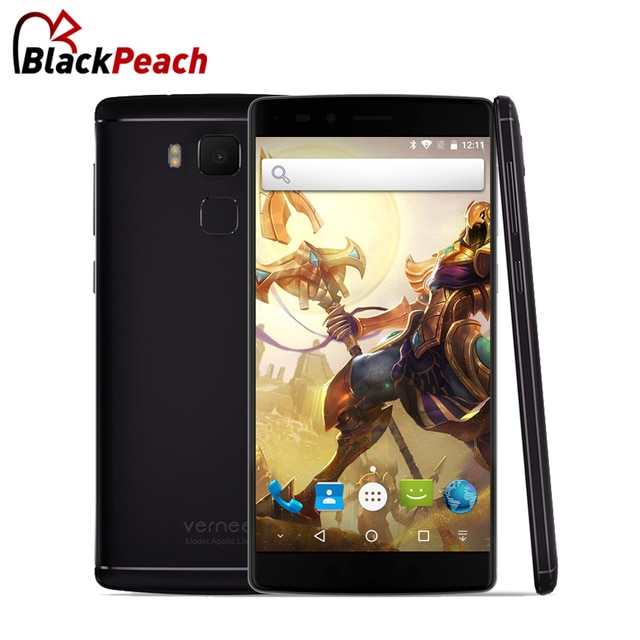 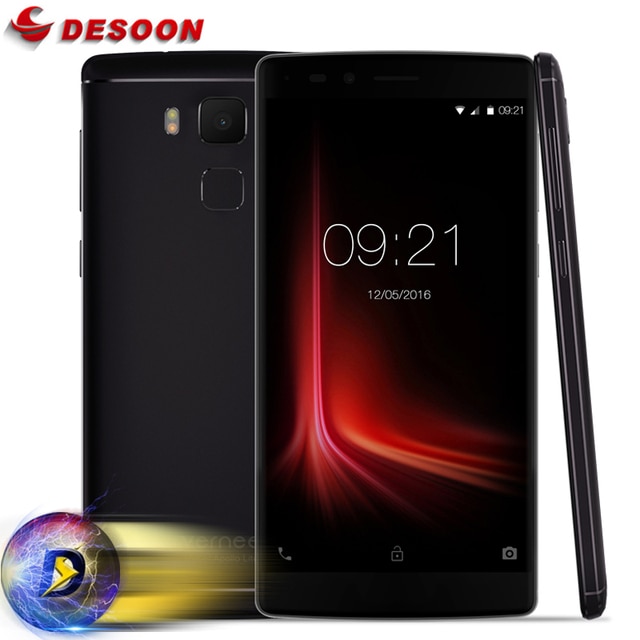 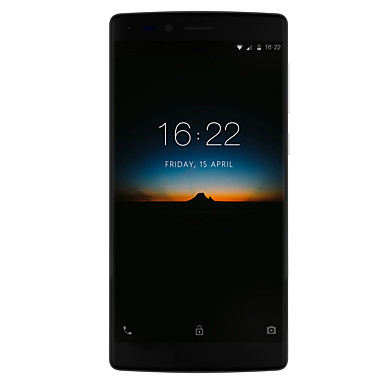 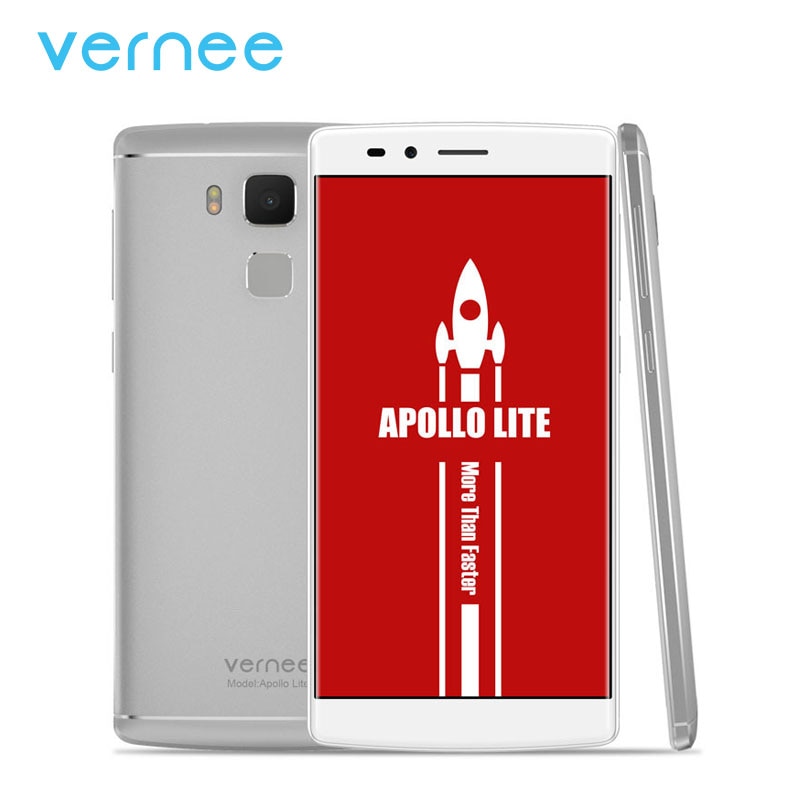 Get Price Tracking and Alert For Vernee Apollo Lite

out of stock
Buy This Item
Aliexpress