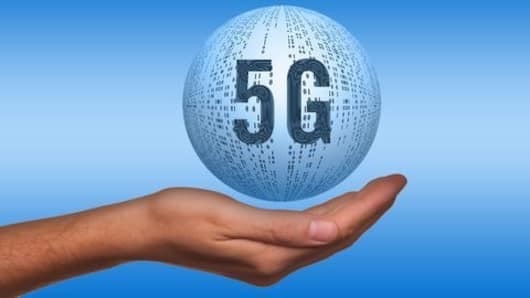 The world of smartphones is getting remarkably smarter with each passing day. In the year 2019, it is expected that many biggest brands in the business are going to come up with their fantastic 5G-ready smartphone handsets. A few of the most awaited ones that are scheduled to be launched are Samsung Galaxy S 10, Huawei P30, and OnePlus 7.

Further, Christiano Amon, the President of Qualcomm, commented, “every Android vendor is working of 5G right now.”It clearly indicates that by the time 2019 ends, 5G is going to completely take over the country.

In this piece of writing, you are going to explore a comprehensive listicle of such upcoming 5G smartphones which are anticipated to stun us completely.

Wait! Before moving ahead, let’s check out the real meaning of 5G.

Well, it can be referred to as the fifth generation of network connectivity. The software portion of this technology is getting tested by companies and several network carriers now and the hardware part seems to be completely fine and it is going to be used in the first quarter of 2019. Moreover, the 5G network is definitely not going to be restricted to only phones. Rather, it will be used on various accessories like AR and VR devices, smart home gadgets and so on.

Now, let’s start with the overall enumeration of the best 5G smartphones to witness in 2019.

Samsung has very recently finalized the launch of its upcoming first 5G smartphone. The reason behind why an ‘X’ is used in the Samsung Galaxy S 10 X is the 10th anniversary of the Galaxy S- series. The phone will first get released in South Korea in the month of March 2019. The specifications of the Samsung Galaxy S 10 X are anticipated to be the same as those present in both Galaxy S 10 and Galaxy S 10 Plus, with the addition of smart 5G technology of course.

Walter Ji, the President of Huawei’s Western European Consumer Business Group, recently spoke to T3 in an exclusive interview. In that, he confirmed that 5G would be a great feature. Precisely, if not for P30, then the company assured that this feature will appear in the Mate series.

Mr. Ji further added that 5G might arrive in both the devices as well. He said, “We have two flagship products. In March, we have the P series, and in October, we have the Mate series. So it will depend on how the chipset develops because the 5G needs high power consumption.”

The CEO of OnePlus, Pete Lau, recently confirmed it at Mobile World Congress Shanghai that the company is working with US carriers. The main objective of the company here is to come up with a 5G smartphone to market in the next year. It clearly indicates that OnePlus 7 or OnePlus 7T is going to be that fantastic 5G smartphone. Moreover, OnePlus always knows what it is doing in terms of hardware. And, it is expected that the 5G-enabled device which is going to get launched will be an exceptional example of astounding hardware and so on.

One of the latest members in the 5G phone race is Oppo. This popular Chinese smartphone maker has already established the connection between a customized Oppo R 15 smartphone and a 5G network.

Moreover, this sort of connection happened in the 5G communication protocol laboratory of Oppo. Hence, it depicts to be a really positive sign that the company has the right expertise in incorporating the technology into its devices. Finally, it is true that the company will pave the way for a successful 2019 release.

Honor George Zhao confirmed that his company is going to launch a 5G phone in 2019 and Honor’s 5G plan reveals that this Chinese maker would be the first to market this 5G device. Although there are no details about the Honor 5G smartphone revealed yet but as Zhao said, Honor will be the first to market. It is strongly anticipated that Honor is going to announce about this new launch in CES 2019 at Las Vegas. So, there’s some hope to know more about it.

The existence of 5G Xiaomi Mi Mix 3 had been confirmed in late October, in the UK and Europe. It is currently set for a Q1 2019 release date. It has already become one of the foremost ones in the 5G smartphone release schedule. It is expected that this smartphone is going to be on the shelves just after or before the MWC 2019.

Apart from being a 5G device, Mi Mix 3 is going to be a really stout device that will come with a magnetically sliding 6.39-inch OLED display embedded in a sleek bezel-less design.

End of the line

Aren’t these 5G smartphones seem to be already some wonders?

Yes! They are going to make a proud entry in the smartphone market very soon. With their smartest features, these smartphones will certainly win the hearts of millions.

So, get ready for the new episode of upcoming amazing smartphone technology- 5G!