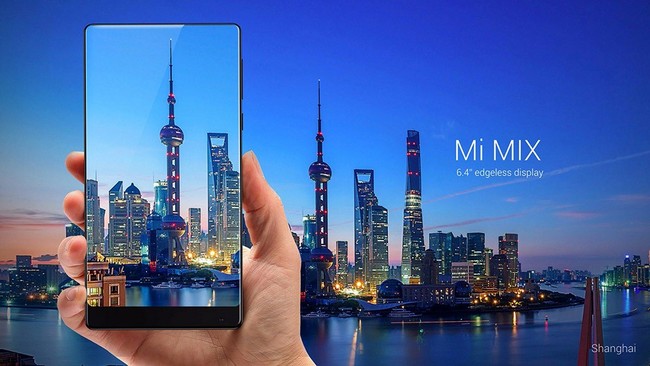 2017 will be the year of bezel-less in the smartphone market, it almost became a common knowledge to both phone manufacturers, and costumes. The Chinese brand Xiaomi started this trend with its 6.4” Mi Mix last year, and South-Korean giant Samsung kicks off 2017’s battle in a bezel-less smartphone with S8. Following the former products, Sony and Sharp released some information about their coming bezel-less phones, while the rumors about Huawei honor, iPhone 8 are getting more and more. Except for these pricey brands, many budget options are drawing our attention as well, like the smallest bezel-less smartphone DOOGEE MIX, who will launch in May.

Today we are going to make a roundup of what bezel-less phones we expect most in 2017, including those are either available now, will be released soon or still on the rumor mill. And we found the trending of the bezel-less smartphone is getting small, slim and affordable.

Samsung Galaxy S8 is no doubt the first astonishing bezel-less smartphone of 2017. It features a sleek metal and glass body with minimum bezels. The Galaxy S8 display is of 5.8-inchs, 18.5:9 ratio with QHD resolution. Powered by the latest Snapdragon 835, 4 GB of RAM and 64 GB of storage. Considering the shortage of Snapdragon 835 production, the shipment of Galaxy S8 may be affected. 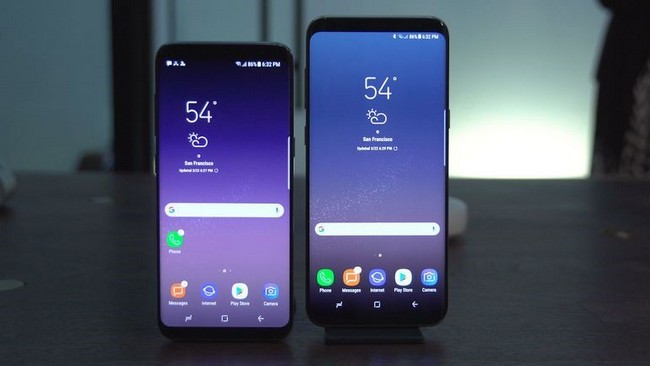 On the camera aspects, Galaxy S8 is housing a 12MP rear camera and 8MP front camera. A 3000mAh battery provides juice for it, with Qualcomm’s Quick charge 2.0 support. Galaxy S8 runs on Android 7.0 Nougat out of the box, and it is on pre-order since last week of April.

Speaking of the trend of bezel-less smartphone, Xiaomi Mi MIX was the first product attracting all eyes. Xiaomi Mi MIX was launched as a concept model at the end of 2016, with 6.4” full display,  17:9 aspect ratio, 91% screen to body ratio as it claims. It is packed with rounded OLED screen and ceramics body. It has a 16MP rear camera and 5MP front camera.

Xiaomi Mi MIX also features Snapdragon 821 SoC, 4/6 GB RAM, and 128 GB storage. The big body gives enough room for Mi MIX to sport a 4400mAh battery. Besides, the Mi MIX has Android 6.0 Marshmallow with MIUI 8 layer. As one of the popular smartphones of 2016, Mi MIX has always out of stock, which is an obvious disadvantage for customers.

DOOGEE MIX attracts many attention recently, the similar appearance as Mi MIX got her the name of the budget variant of Mi MIX. While there are many differences between the two models. DOOGEE MIX is smaller with a 5.5” Super AMOLED display, which means the body size is about 5” in iPhone 7. It keeps a front camera on the below right corner, as well as a front fingerprint, which is not common in fewer smartphones. DOOGEE MIX features a latest Media Tek Helio P25 processor, which is an octa-core CPU with power-saving performance. It claims the 3380mAh battery, Helio P25 and AMOLED display equals a 5000mAh battery life. 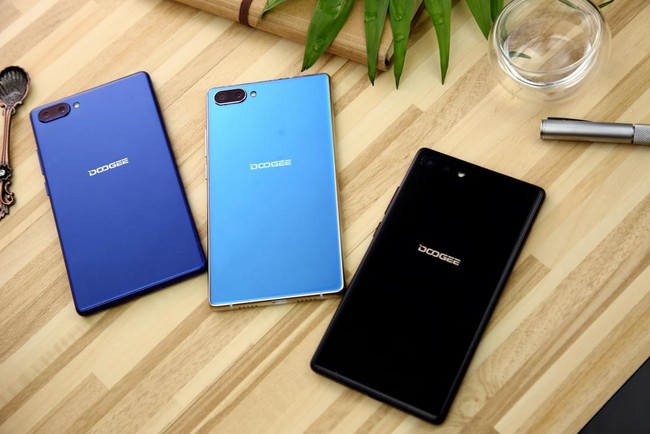 About camera, DOOGEE MIX carries a 16.0+8.0 dual camera in the rear, which is also a trending in smartphone design this year. It also comes with Android 7.0 Nougat like Samsung Galaxy S8. DOOGEE MIX is on pre-order now on its official website, and will come to market in the middle of May. The price of it will be around $200, which is quite budget friendly for everyone.

SONY released some photo of its new bezel-less model, Xperia X Ultra. The designer Victor Cao put the prototype photo of it. The photo shows it carries an ultra wide screen, 6.45” display with 21:9 aspect ratio. It is powered by Snapdragon 660 CPU, 4GB of RAM and 64GB internal storage.  Rumors say Xperia X Ultra will come with a 19.0MP rear camera and 13.0MP front camera. 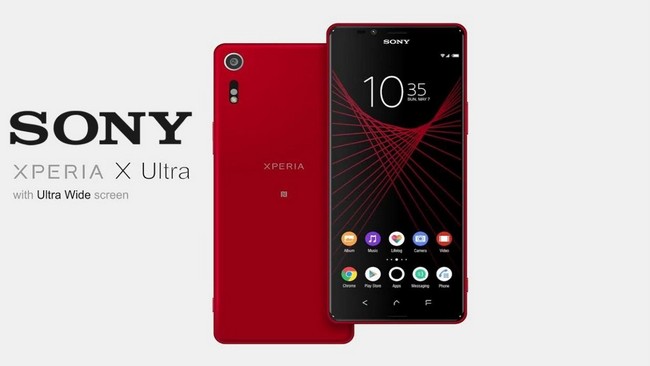 A photo shows Sharp also preparing a new bezel-less smartphone, which has 6” display, remains 2mm borders in the top and bottom of the body. There are no more details bout this model, but we can expect what it will be.