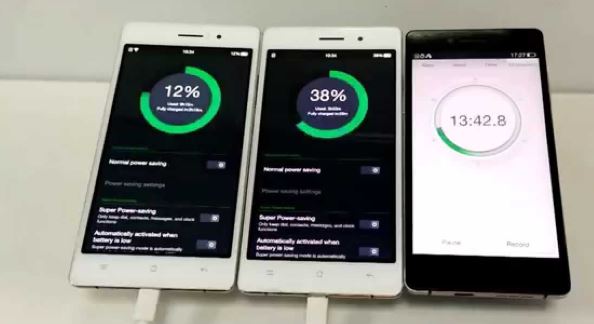 With so many new smartphones in our lives, it becomes really difficult to choose the one with the best features. People expect the very best of performance across all categories. A smartphone must have the highest DxOmark score for the camera, the processor should score the highest points in benchmarks and should last the longest in PCMark’s battery benchmark. But when a phone can do so much you want to make sure its ready to be used in a jiffy once the battery dies. What we are talking about is fast charging and in this article, we shall look at the fastest charging smartphones and standards currently available in the market.

Then you have USB Power Delivery (USB-PD) which aims to unify the charging process for smartphones and laptops and can deliver up to 100W of power (to laptops) through the USB-C port. USB-PD is used by a lot of Laptops and even the Pixel series of smartphones by Google.

The two standards mentioned above are used by multiple companies and have accessories for them widely available.

Then there a few standards that are limited to smartphones of that brand only like Oppo and OnePlus’ VOOC/Dash charging and Huawei’s SuperCharge. A custom solution allows the manufacturers to go a little wilder with their charging standards in terms of current, voltage and charger design. Till now we have seen Dash Charge and Super Charge compete with each other for the top two spots in terms of fastest charging.

The last time a fast charging list was drawn Huawei’s Super Charge technology on the Honor 10 proved to be the fastest of the narrowly beating the OnePlus 6. But, there are some new smartphones launched from both Huawei and Oppo who have once against stirred the fastest charging pot. But there are some more phones as well from the likes of Apple and Google.

Below we can see the different standards currently available today and the latest smartphones in the market which use those standards. Now to find the best you need to know the time taken by the phones to charge up all the way to a 100% from dead and their battery capacities in mAh. But if you notice not all phones have the same battery size so just using the time taken to charge as a metric to determine the fastest is flawed so we calculated how much a battery could be charged per minute. Even before we start looking at the chart, you have to admit the numbers are not going to look very good for the iPhone XS/ XS Max with their puny 5W chargers. But who will come to the top? Let us see.

A look at the table and you see Oppo vigorously coming back to the top with its Super VOOC technology which involves using a much higher voltage of 10V (twice that of the previous iteration) with the same 5A of current. The higher speeds are achieved because the phones that use this technology have two batteries this helps almost half the charging time taken over any other phones and give you an unbelievable charging speed of 35 minutes for a full charge. In fact, it takes half the time as the second place winner the Huawei Super Charge. So now you know what to pick if you are in a hurry and need a quick top-up. However, the Super VOOC technology is available only in the ultra limited and exclusive Oppo Find X Automobili Lamborghini Edition (costs around  $2,000) but over time more phones will support it with the Oppo R17 Pro being amongst the first non-limited edition phone with this technology.  Rumour is that even the next OnePlus may come with this new high-speed charging mechanism, just with a different name.

Huawei’s Super Charge 2.0 higher speeds also seems to be doing very well, bringing about a very big improvement over the previous iteration, courtesy of the new 40W charger. This will, of course, trickle down to the budget focussed Honor branded phones as well so a lot more people will be able to really enjoy the higher speeds.

But what’s disappointing is that the iPhone XS Max and the Pixel 3 XL trail the competition very badly, and these are in no way budget oriented. In fact, both these phones are at the higher end of the smartphone market.

If you are really impressed with the 35 minutes charge time of the Oppo’s, do make sure that your next phone higher speeds or OnePlus phone has SuperVOOC or at least higher speedsSuper Charge 2.0.