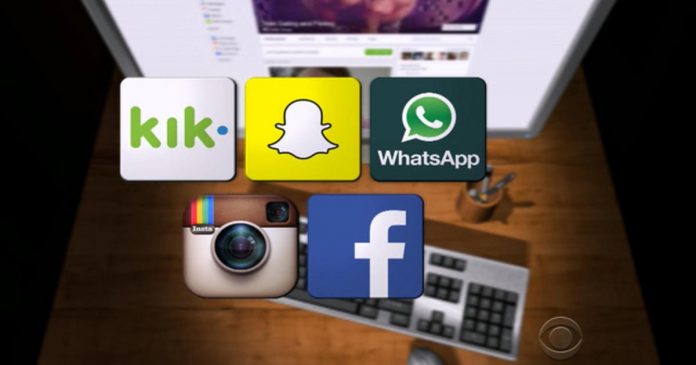 The Continues popularity of social media apps in the modern world also creating plenty of high profile security breaches on different social platforms. Almost 350 million members combined, only one out of all can cause the major issue. Let’s take a look how social networks are dealing with the breaches and how a user can face problems after worlds.

Until now most of the Social media apps users think that they know about the social media privacy loopholes, but according to the Canadian research project, has comes to unexpected loopholes in the social networking apps privacy policies.

A user may know that the online services only collect the data and then access it to the advertisers only. But on the other hand, we come to know that all the instant messaging apps will release general information regarding the user to the third parties. A social messaging app’s company may address an advertiser regarding user’s email, city, and the age group, but they could not identify that user by name, email address.

According to the University of Victoria project, only Google and Foursquare address the general public state forwardly that they don’t share anything personally identifiable information, or PII, with third parties.

The instant messaging applications such as Facebook, Twitter, WhatsApp, Viber, Line and many others alike have no limits to share the private information with third parties such as service providers but also impose the secret obligations.

Facebook shares PII to partners, advertisers and to developers. On the other hand the business affiliates and third party organizations and to the third party advertisers. Instagram shares the private information of its users on broad perspective than anybody. Facebook and Instagram define PII very rarely, in order to company make sure to secure the IP address and user’s location. The Tumblr also sell user’s data to yahoo messenger. LinkedIn also discloses the user’s personal information to third parties for the sake of sales of the assets of LinkedIn Corporation.

In the current year, plenty of social networking sites and apps revealed that they’d been hacked but also assure that the confidential data of the users had not been compromised. But it happened then we disclose the names of the affected users if necessary. Facebook, Instagram, Twitter, LinkedIn, and Pinterest did not give the satisfactory answers to the question of the University of the Victoria researchers.  The current issue enables users to backup of IM’s chat logs on storage from third party vendors such as Google Drive or through device internal memory. Having such features to get access to the history the most of the instant messaging apps and restoring the third parties storage providers has been the strange method to investigate the lost history issue.

In the modern world, there are plenty of third party services comes to gather, the overall security is reasonable through the external services. This is very interesting and alarming thing to know for the companies which provide the service of the security and privacy until now the responsibility of protecting the user’s data has fallen to the third parties. Let’s think about what happens when WhatsApp user data stored in the cloud server which is owned by the third parties and then hackers got their hands on it? Who will be responsible, Facebook, WhatsApp or Apple through cloud storage? The legal teams have to define in easy words. However, the most dramatic thing is Apple has access to the data of the Whatsapp’s users on iCloud. It is because the key to encrypt the data belongs to the Apple – not the users, similar to the other cloud service providers. In short Whatsapp messenger has no right to claims the data privacy of the users.

The Consumer report 2010 stated that the Net analysis almost half of the social network users reveal the private information about themselves online, which may cause plenty of online dangers and risks. The reports are stating following.