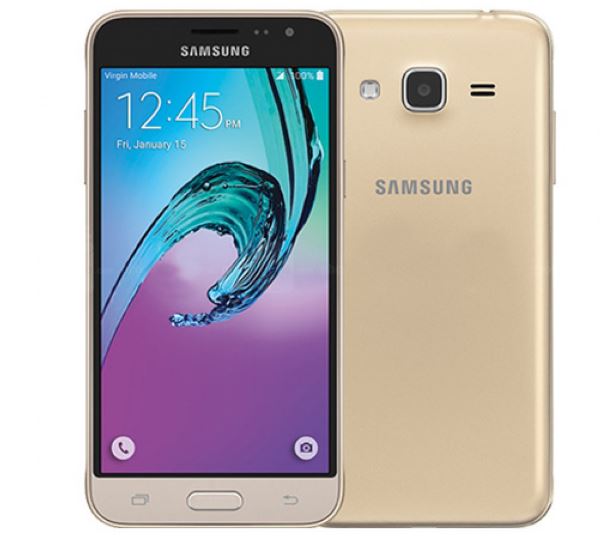 Samsung is planning to launch its J series smartphone according to phone leaks, earlier they already launched J1 and J2, now this year planning to launch new phone with the name of J3 (2017) with few upgrades, as we all know Samsung is famous s for their display and processing, it’s not decided yet where this device will launch first, even pricing not be declared.

According to update by Geekbench on April 21 2017 05:32 AM, the device is powered by Android 7.0 Nougat operating system and model we called Samsung SM-J330F, one important point we forgot to tell you that Samsung is World’s largest smartphone manufacturer with more than 25% market share in the global smartphone industry, The J3 (2017) sports 5.0 inch HD display with 1280 x 720 pixel resolution as per leaks, and it supports dual sim and powered by quad-core quad-core Exynos 7570 processor supported by 2GB RAM and 16GB internal storage including micro SD card support, it could have an octa-core Qualcomm snapdragon 435 processor. 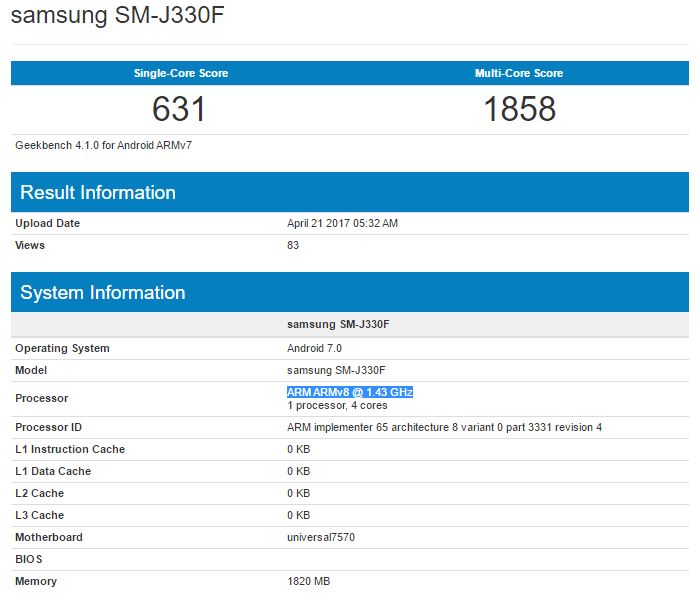 According to leaks  Samsung Galaxy J3 (2017) does not have a premium feature like Galaxy S8 has it featured with mid-range specifications, it’s great for all users, and they can order it at low pricing, even more Samsung should focus on battery performance & optimization and camera quality on J Series phone, in addition, a few days back leaks claim that the device is equipped with 8 megapixels rear camera with single LED flash and 5 megapixels front selfie camera and Samsung should give 10MP or more, we still expecting features would be decent and better than competitive devices, still there is no official information released by Samsung, yet all the info is given on basis of leaks.