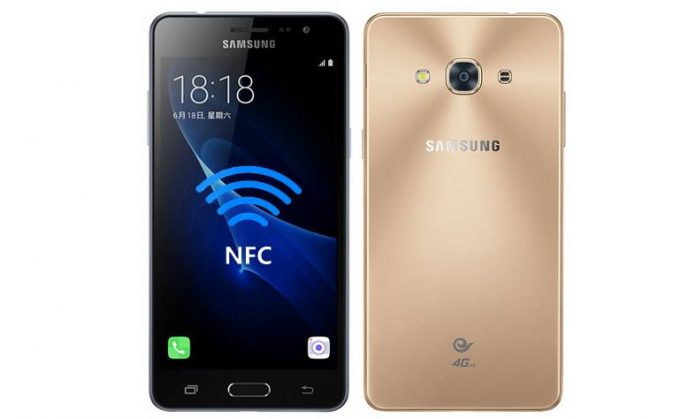 Samsung has launched its latest entry-level Smartphone Galaxy J3 Pro-incorporation with China Telecom in China.It is the upgraded version of Galaxy J3 (2016) which was recently released in India.The company had made some major changes in J3 Pro’s design, memory, and processor while the other features are similar to its predecessor model.

Specs wise the device comes with 5.0 inch Super AMOLED HD Display with 1280 x 720 Pixels resolutions and sports metal back cover with sun texture pattern finish.The device runs on Android 5.1 Lollipop OS and powered by 1.2GHz processor based on Qualcomm Snapdragon chipset.The device equipped with 2GB of RAM and 16GB of internal storage which can be further expandable via microSD card up to 128GB.In terms of camera, it has 8 Megapixels rear and 5 Megapixels front-facing camera and features Wi-Fi, NFC, Bluetooth v4.1, GPS, 4G LTE and more connectivity options.The device is powered by 2,600 mAh battery which delivers 303 hours of Standby time.

The Samsung Galaxy J3 Pro available in Gold, Silver, and Gray color options and priced at Yuan 990 (Around USD $150 / INR 10,090).The company didn’t announce the exact release date of the device but we can expect it may be rolled out in China before the end of this month.