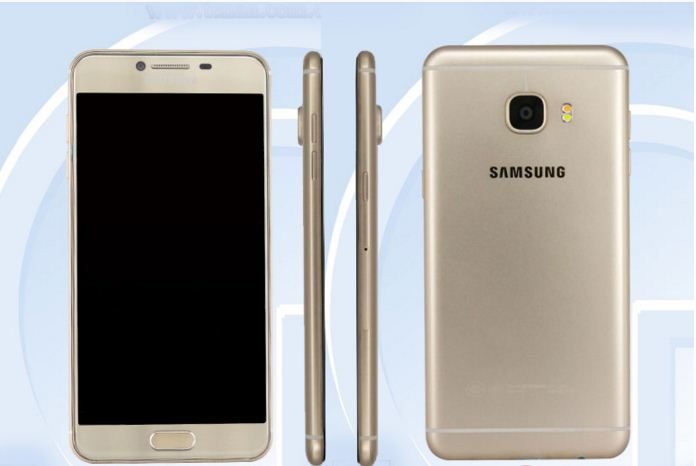 Samsung Galaxy C5 which has already been in several leaks and expected to launch on May 26 event along with Galaxy C7.Now new C-series device is spotted on the TENAA which is a Chinese telecommunications authority has revealed some specifications and images of this handset.

According to TENNA listing the new Samsung, C5 devices has 5.2 inches AMOLED full HD Display with resolutions of 1080 x1920 Pixels and is powered by Octa-Core 1.5GHz and 1.2GHz (Available in two variants) based on Qualcomm Snapdragon 617 MSM8952 chipset along with Adreno 405 GPU While the second variant powered by 1.2GHz processor.The device comes with 4GB of RAM and 32GB/64GB internal storage which can be further expandable via microSD card up to 128GB.The device runs on Android 6.0.1 Marshmallow operating system.

In terms of camera, it has 8 Megapixels or 16 Megapixels rear camera with LED flash and an 8 Megapixels front-facing camera and powered by 2,600 mAh battery and supports 4G LTE, 3G, 2G, Bluetooth, USB, and GPS connectivity options.The device measures 145.9 x 72 x 6.7 mm and weighs around 153 Grams and available in Gold color options.