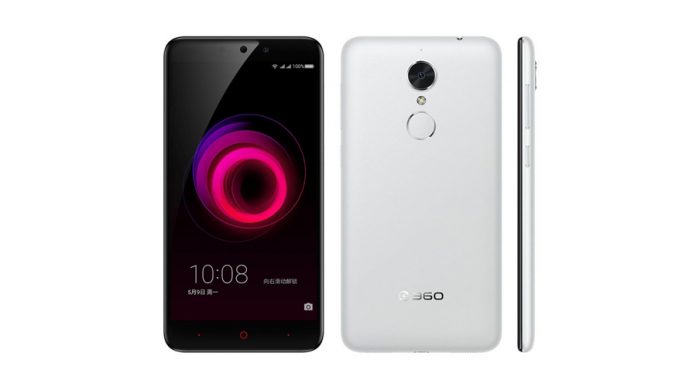 Qihoo 360 formerly known as QiKU has launched its new Smartphone at an event in China known as Qihoo 360 N4 or QiKU N4 the handset built on full metal body design and comes with Fingerprint scanner on the back side of device which can unlock the device just in 0.4 seconds you can use it to speed dial a number or as a camera shutter button.

The handset equipped with 4GB of RAM and 32GB of internal storage which can be further expanded via microSD card up to 128GB.In terms of camera, it has 13 Megapixels rear camera with LED flash, Aperture F/2.0, Sony Sensor, PDAF, 1080p video recording and also has 5 Megapixels front-facing camera with Aperture F/2.0.

The Qihoo 360 (QiKU) N4 comes in White, Pink, and Yellow color options with a price tag of Yuan 8,99 (Around $138 / INR 9,190).The handset will be available through flash sale starts on May 13th the global roll-out of the handset is not yet announced.