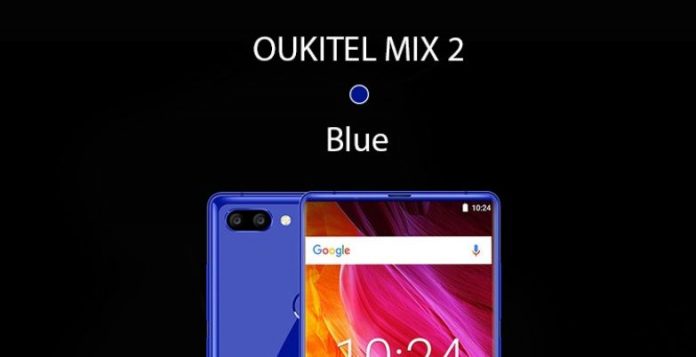 Yunji Intelligent Technology Co. Ltd, the company behind OUTIKEL believes that many people paying way too much for ‘costly smartphones with fancy TV commercials’. Many phone owners don’t even use all the extra functions they have paid for. OUTIKEL wants to fill up that specific market. Developing stylish phones, well equipped and last but not least a device you can trust. They don’t invest in aggressive commercials or big billboards. The satisfaction of the customer is the main reason they exist.

The Chinese smartphones industry is known for designing phones that resemble successful flagship devices from top brands. At one moment almost every Chinese brand released an S8. The Mix 2 is no exception. This time the design looks similar to Xiaomi’s Mi Mix 2, but distinguish itself with different material use and a much cheaper price! 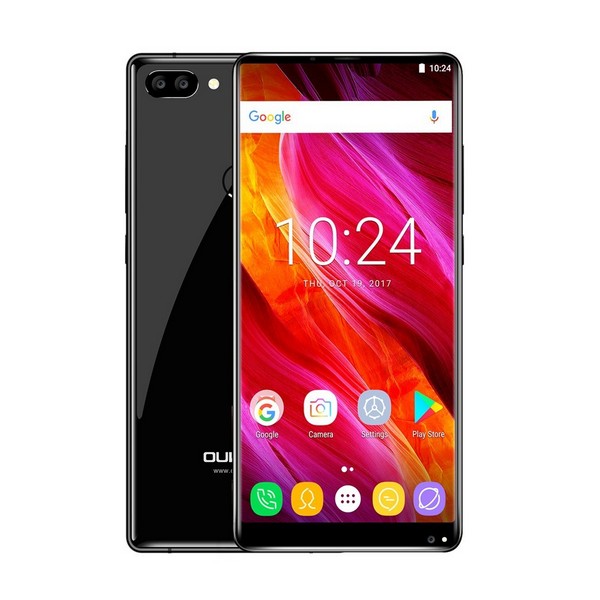 This beautiful glossy device is almost fully bezel-less when viewing it from the front. The 5.99” inch IPS screen gives you an 18:9 aspect ratio display in FHD+ (2160×1600). Watching movies or playing games will bring your experience to a higher level. To realize this stunning look you can do two things: Remove the front camera or place it somewhere else. Just like Xiaomi’s version, OUKITEL decided to install a 13MP camera at the bottom. A strange, unique but cool feature! 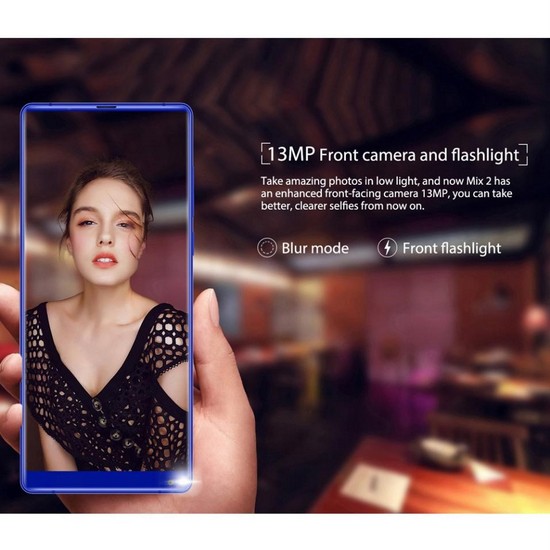 The backside is made out of glass and contains a fingerprint sensor to unlock the device immediately. Even though OUKITEL’s version is of the Mix 2 is much cheaper they still managed to do something Xiaomi didn’t. It comes with a dual rear camera with 21 megapixels on its primary and 2 megapixels on its telephoto lens. Both have an aperture of f/2.0. The pictures taken with the OUTIKEL Mix 2 are pretty colorful but still realistic. Unfortunately, the dual camera doesn’t feature optical image stabilization that reduces shaky videos when shooting out of the hand in 4K. On the other side, Oukitel added two features many other phones don’t have these days: a headphone jack and a micro USB port. Many people still prefer to use a headphone bought a while ago. 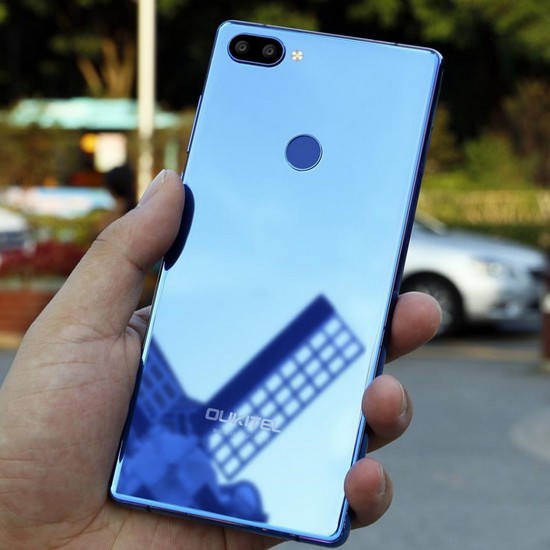 Talking about performance, OUKITEL already proved they can make powerful phones. The Mix 2 comes with an octa-core Helio P25 system-on-chip manufactured by MediaTek. With 6GB of RAM and 64GB of internal storage, this phone should be able of running smoothly all day with Android 7.0 installed. When you think you don’t have enough storage you can add an SD Card with memory up to 512GB. 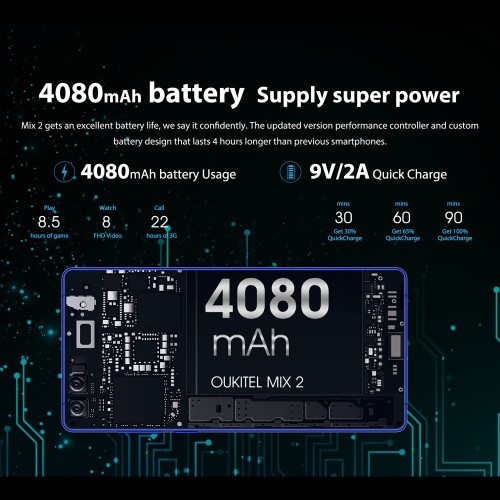 To ensure your phone last a day without charging, the Mix 2 received a big 4080 Mah Battery. A good thing to know is when you use the charger that is included you notice that it has Quick Charge!

When fully discharged it only takes 90 minutes to get back at one hundred percent.

If you want a stylish, unique looking device that is capable enough to survive a long day on one charge this phone will satisfy you in every way. The location of the front camera is a bit strange and you probably need to get used to it the first couple of times. The performance of OUTIKEL’s Mix 2 isn’t as powerful as the MI Mix 2 by Xiaomi but it still runs very smooth with everything you want to do. It comes with many great features. For example, The dual camera on the back is something you won’t find on Xiaomi’s version

The price of the Mix 2 is less than what you get for it meaning this device is worth every buck!