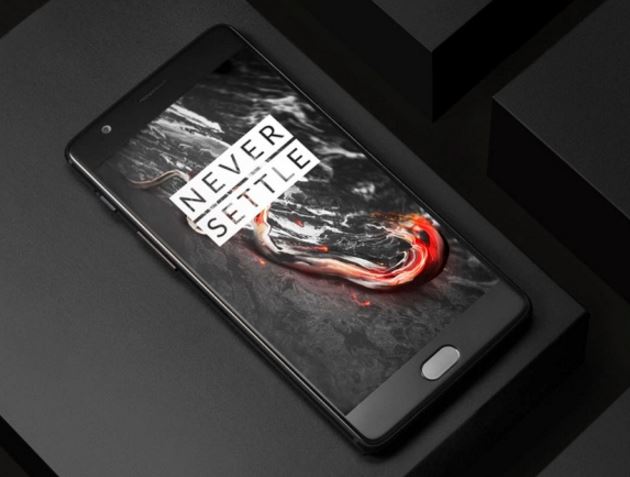 There are plenty of rumors about this phone, and leaks shows the actual picture of OnePlus 5, but it’s not completely sure that the phone’s both edges, front and rear design look like a given image, OnePlus 5, the premium smartphone has not announced yet officially by brand itself, the company is widely believed to be planning something unique and extraordinary, company has expanded its users market by launching its previous model OnePlus 3T, the price was amazing including premium functionality, even as per analytics detail most of the global users comparing it’s feature with giant smartphone manufacturer smartphone models like, LG G6, Sony Xperia XZ Premium, Huawei P10, Samsung Galaxy s7, iPhone 6s, 7, and 7 Plus, it means people heartily like OnePlus phone features.

However, there is no clear picture of its specification but the numbers are few those who publish the picture of back & front including specs they have and network band it supports, Androidpure claims that the phone (OnePlus 5) model number is A5000 it’s confirmed by Chinese radio regulation and wireless authority, as you all know that previous smartphone OnePlus 3 and One Plus 3T have a model numbers A3010, A3003, and A3000, and the same was with Two series. 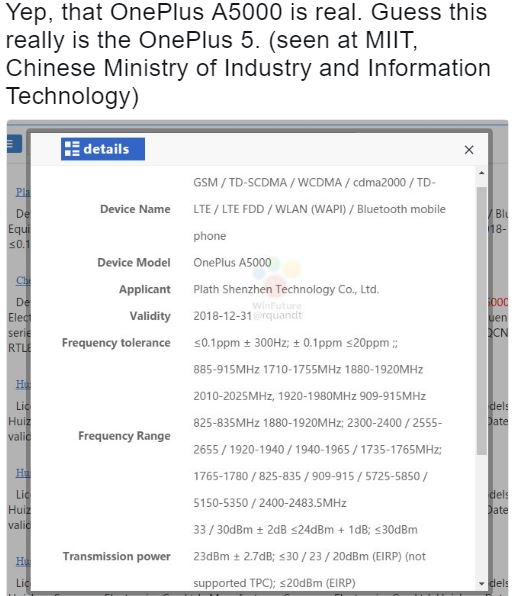 Few Others Rumor indicate the OnePlus 5 features a 5.5 inch 2K (1920 x 2048 pixel) screen resolution along with 6GB, 8 GB of DDR4X RAM option and three internal storage options 64GB, 1288GB and 256GB which you can’t expand further & expected to sport an Octa Core Snapdragon 835 SoC, in addition OnePlus 5 is running on Android 7.1.1 Nougat Operating system and the device is 7mm thick.

Notably camera specifications according to recent rumor, it comes with 23 megapixels rear camera with dual tone led flash and a 16 Megapixel front-facing camera with autofocus, it also has a fingerprint scanner on the front (easy to use), OnePlus 5 is apparently said to be a premium variant of OnePlus, we could also name it galaxy S8 most awesome competitor.