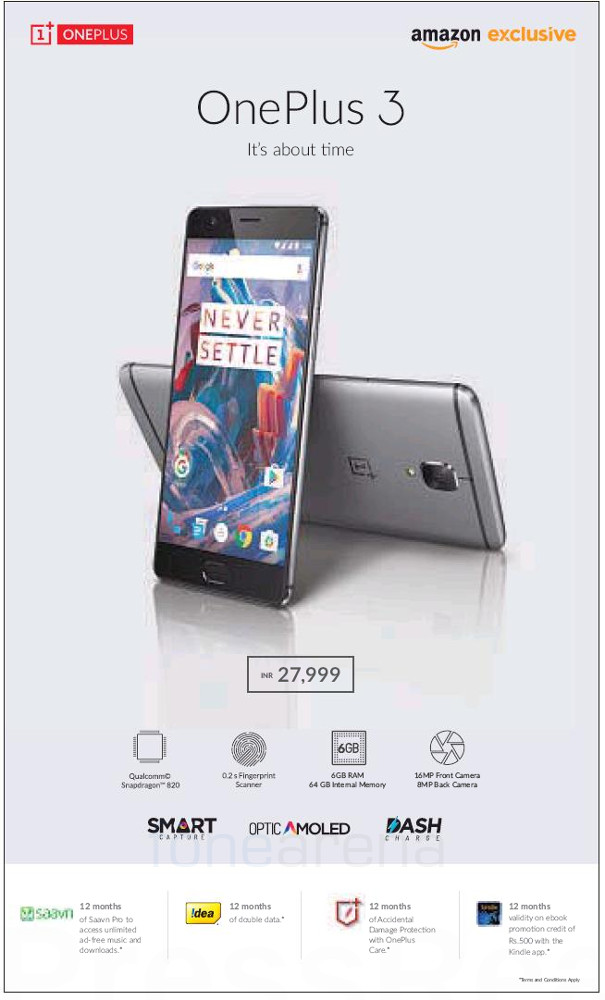 OnePlus is all set to launch its flagship Smartphone OnePlus 3 through an online VR event later today and the company already announced that the handset will go on sale in India without invites exclusively via Amazon India from June 15 at 12.30AM IST.But the pricing of the device is already revealed before its launching event and the price of the 6GB RAM variant is INR 27,999 and it was accidentally published on an ad of Hindustan Times paper in India.

Although the specs of the device not yet announced by the company but according to rumored specs the handset will feature 5.5 inches Full HD (1080 x 1920 Pixels) display and will run on Quad-Core 2.15 GHz processor based on Qualcomm Snapdragon 820 64-Bit chipset along with Qualcomm Adreno 530 GPU.The device equipped with 6GB/4GB LPDDR4 RAM and 64GB internal storage without a microSD card slot.

We will know about its full detail and exact specs at the launch event later today.