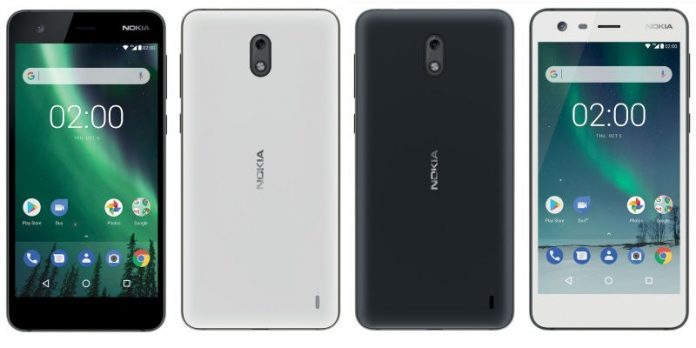 Cell phones are very popular gadgets these days. Everyone wants to have best smartphones in their hands having a lot of features and trendy specifications. A few years back Nokia was the one of the best cellular phones company all across the globe. But afterward, a lot of other companies come up with the smartphones they have had replace the market of mighty Nokia. Nokia was the best industry for cheap phones without the digital apps, it is still at their best, but when it comes to digital smartphones, Nokia lacks plenty of qualities.

A few years ago, Nokia has launched windows phone has a lot of features and outstanding specifications, but its complex interface was not able to impress the target audience and Android phones of some particular companies have made their ways at the top.

After the disasters experience of Nokia windows phone, it stopped making of digital phones for a while. But over a couple of years, Nokia has developed plenty of digital android phones such as Nokia 6, Nokia 5, Nokia 3 and others alike.

Now Nokia has provided all the features and apps such as all trendy social networking apps in Android phones. Now the user has a vast number of features and they will be able to download their favorite apps from the play store. Today we are going to inform you that, Nokia is coming up with its latest version Nokia series as Nokia 2.

Sitting atop the initial batch of Nokia phones made by HMD – the company now responsible for producing smartphones using the famous Finnish brand name – the Nokia 6 should be the most enticing of the bunch. It’s an affordable device; with a big Full HD screen, stock Android software and a classic Nokia design.

On another hand yet, it seems that the latest Nokia mobile phones may face the problem as usual. It also seems that corners have been cut in the wrong way.

HMD is on their way to come up with the latest Nokia 2 in the upcoming month of November. It is said to be one of the cheaper cell phones of Nokia phone ever after Nokia 8, Nokia 6, Nokia 5, and Nokia 3. The information about the Nokia cell phone upcoming cell phone has been leaked several times along with the images a few days ago.

Leaks also have discovered that the cell phone is coming up with, 4000 mAh battery and the phone will have 4.7-inch display along with the 720 resolution. The best part is the camera of the cell phone; the front camera would be 5MP and 8MP back camera. The upcoming Nokia mobile phone device is coming with the Snapdragon 210 chipset that is outstanding ultra-entry level chipset along with the LTE cheap price. The latest Nokia 2 is coming with Android OS with 7.1 naught and there are also chances that Nokia upgrade it with Oreo-like other phones

The latest smartphone from Nokia is said to be started off since February this year at the launch of Nokia 6,5, and 3. These Nokia phones fall in the category of mid-range and with Snapdragon 400 series chipset. These three phones have gained a positive feedback from the target audience. The flagship phone Nokia 8 has launched in the month of September this year. Nokia 8 has all the robust features such as flagship features such as Snapdragon 835 chipset and 4G RAM. The company has been also released Nokia 7 last month. HMD is also planning for the launching of Nokia 9 in near future.

The latest Nokia 2 phone may change the whole perspective of the Nokia Android smartphones, because of its cheap price and reasonable features.