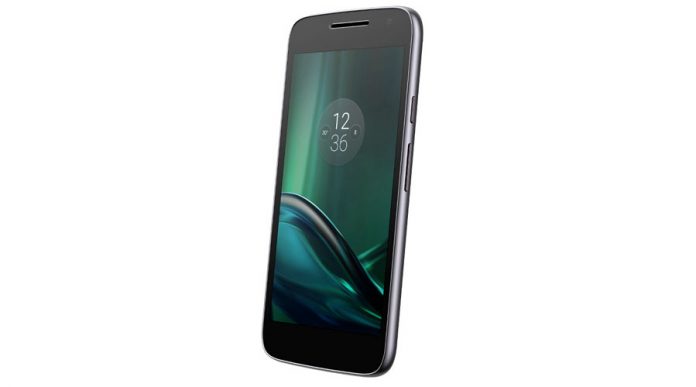 After introducing Moto G4 and Moto G4 Plus in India the company has launched a new Budget Smartphone in the Moto family and the device has introduced as Motorola Moto G4 Play.The device features water resistant with nano coating and also support 10W quick charger which provides battery life of hours with a few minutes of charging.

Specs wise the Moto G4 Play comes with 5.0 inch HD (1280 x 720 Pixels) IPS display and powered by Quad-Core 1.4GHz processor based on 64-Bit Qualcomm Snapdragon 410 MSM8916 chipset along with Adreno 306 GPU.The device equipped with 2GB of RAM and 16GB of Internal storage which can be further expandable via microSD card up to 128GB.

The device measures 144.4 x 72 x 8.95 mm and weighs around 137 Grams.The handset is powered by 2,800 mAh battery with Quick charge technology.The Motorola Moto G4 Play available in Black color and will release globally starting later this summer.The pricing of the device is not yet revealed.