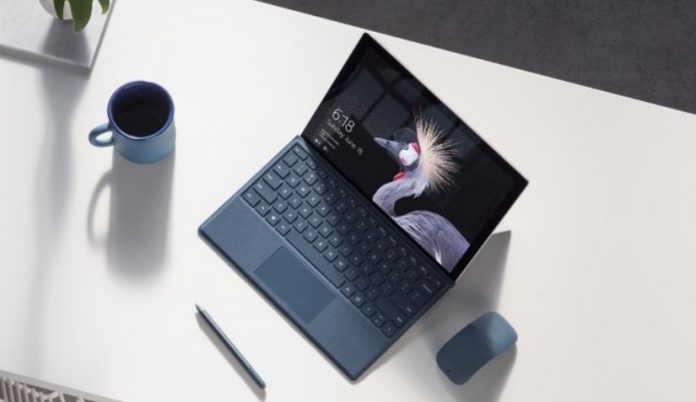 According to Microsoft officials company launching its 2-in-2 device Microsoft Surface Pro, possibly the device will be available on sale before 15 June 2017, the device comes in one of the most popular selling series, according to official report the company unveiled its new device in Shanghai event organised on Tuesday, the new surface pro price starts from 799 US Dollars, initially shipping will start from Ships by 6/15/2017 and people only from 25 countries can participate in it.

Now we are going to discuss the features of Surface Pro, there are several advanced features present in a new Surface pro from processor, display to its battery. The new Surface Pro 2-in-1 Tablet PC or (versatile laptop) boasts of 13.5 hours of continuous usage, a pretty excellent battery life, which is far better to its earlier device surface pro 4, it comes with 12.3 inches high resolution 2736 x 1824 Pixel, 267 pixels per inch, 3:2 aspect ratio, PixelSense display and support up to 2 4K monitors via its surface dock, additionally the versatile laptop has a color management option to enhance its color quality. To pay attention to its surface pen, completely bizarre, even you will need to purchase it separately by paying $99, it enables you to draw shading with exorbitant accuracy and many more features are present here. The new Surface pro will be powered by 7th generations Intel processors from Core M3 to Core i7, possibly equipped with Core m3, Core i5, and Core i7 variants, both variants are completely fanless and super fast.

In Addition the Microsoft Surface Pro offers extra battery boost, wide viewing angles, fastest processors and even the Intel i7 version coming in three different configurations, which is as follows 8GB of RAM, 128GB SSD, 16GB of RAM, 512GB SSD, and 16GB of RAM and 1TB SSD of internal storage options with equally equipped Intel iris Plus Graphics 640, and the rest of the update will be revealed only after the use of the device, I also believe that this device will come true on its features, Now it’s available for pre-order.