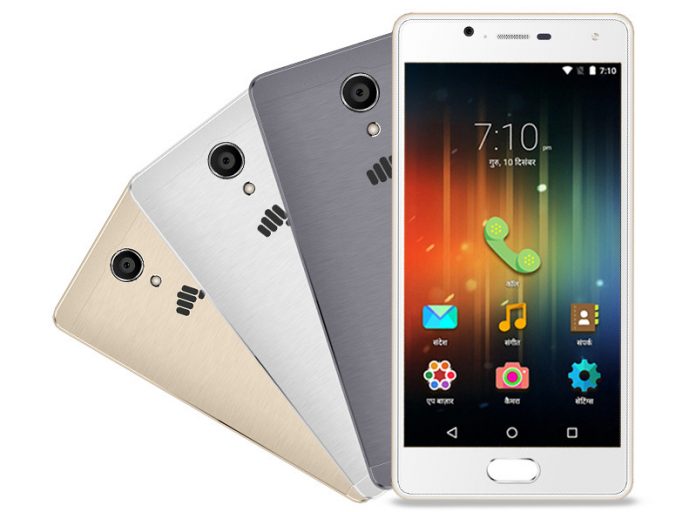 The Indian handset maker Micromax has launched two new Smartphone for its Canvas Series are known as Micromax Canvas Unite 4 and Canvas Unit 4 Pro both devices runs on Indus OS 2.0 with support for 12 Indian regional language and text to speech in 6 Indian Languages – Hindi, Marathi, Bengali, Tamil, Telugu, Malayalam.The Micromax Canvas Unite 4 available in Champagne Gold, Grey, and Silver color options with a price tag of INR 6,999 (Around USD $110) and will be available to purchase via retail stores in India while the Canvas Unite 4 Pro will be exclusively available through Snapdeal from June 30th and is available in Champagne and Gold color options priced at INR 7,499 (Around USD $130).

The device features 5.0-inch HD (1280 x 720) IPS Display and runs on Quad-Core 1.0 GHz processor based on MediaTek MT6735P chipset along with ARM Mali-T720 GPU.The device comes with 1GB DDR3 RAM, 8GB internal storage which can be increased up to 64GB with a microSD card.The Dual SIM device runs on Indus OS 2.0 based on Android 6.0 Marshmallow.

In terms of connectivity and display the device is similar to canvas Unite 4 and the device is powered by Quad-Core 1.3 GHz processor which is based on Spreadtrum SC9832 chipset.The device equipped with 2GB DDR3 RAM, 16GB internal storage which can further be increased up to 32GB via microSD card.The Dual SIM device runs on Indus OS 2.0 based on Android 5.1 Lollipop OS which can be upgradable to Android 6.0 Marshmallow operating system.

on the camera side, it has the same camera like Canvas Unite 4 only difference is LED flash in this device (there no LED Flash for front camera) and powered by 3,900 mAh battery.