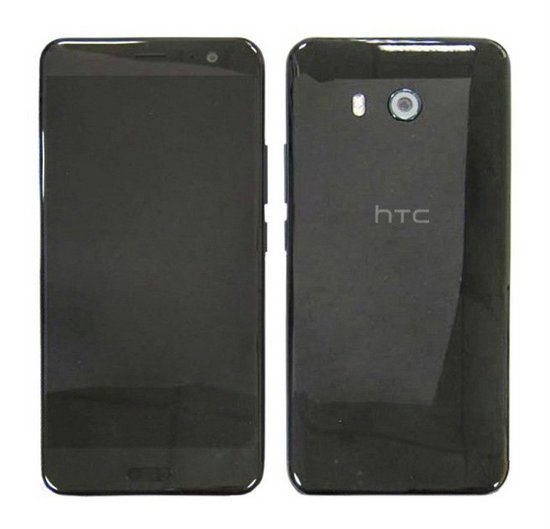 Just after so many flagship devices launched In April month, HTC also planning to launch its upcoming flagship phone HTC U11 with premium specifications, a few days back company official it’s launching date on twitter, possibly it will launch on 16 may 2017, according to official reports info-graphic of the retail packing of this phone, some article shows that the HTC U11 coming with HTC Sense UI based Android Nougat 7.1.1 OS, the device is not featured with headphone jack, but you can still use USB Type-C to 3.5 mm headphone jack adapter. 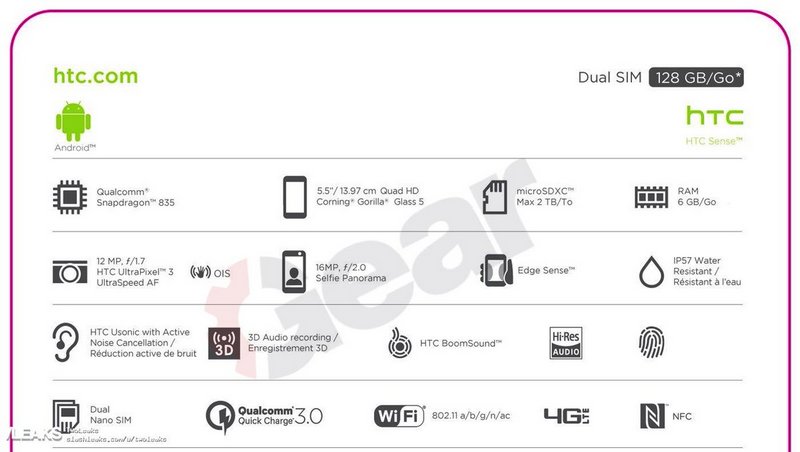 While the previous phones HTC U Play and HTC U Ultra launched in 2016 with decent features, a now company set to launch this device with huge transshipment such as without headphone jack. The latest report shows the HTC U11 coming with Qualcomm snapdragon 835 processor, it’s similar to other flagship smartphones as Galaxy S8, S8 Plus and Xiaomi Mi 6

The display of HTC U11 is 5.5 inch Super LCD5 Quad HD with 2560 x 1440 pixel resolution, 534 PPI pixel density and protected by latest corning gorilla glass 5, it equipped with 12 megapixels main camera with OIS and HTC UltraPixel 3 features, while the front selfie shooter coming with 16 Megapixel with f/2.0 aperture, even the best feature of camera is selfie panorama, the phone has an Adreno 540 GPU for better graphic processing. 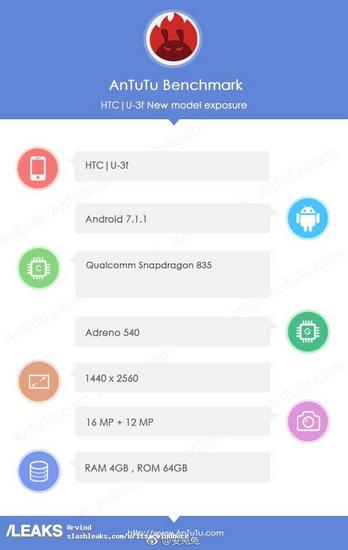 We can speculate the phones has a verity of colors, Bluetooth 5.0, dual-band Wi-Fi, A-GPS, GLONASS, and BDS, in addition, the info-graphics shows new device has a 6GB of DDR4X RAM and 128GB internal storage, earlier other leaks claim that the device has 64 GB ROM, 4 GB of RAM option as well and support LTE Cat12 which is capable of downloading up to 600 Mbps speed, still there is no official statement come out by the company.

www.pdevice.com is one of the most useful and informative website where you will get tech news, gadget info such as review and specification, price, compare, site about Smartphone,Tablets, Laptops, smartwatch, vr headset tech specs and lot more about electronics gadgets all around the globe . We provide you with the latest information about electronics gadgets , tips and tricks about gadgets .
Contact us: [email protected]com
© Copyright © 2011-2021 - www.pdevice.com
This website uses cookies to improve your experience. We'll assume you're ok with this, but you can opt-out if you wish.Accept Read More
Privacy & Cookies Policy