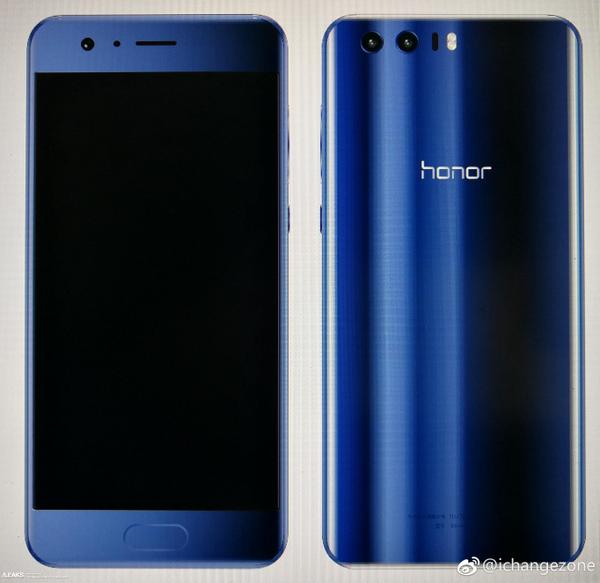 As you know that, Huawei is a parent company of Honor’s, just after launching its 8 series company doing plan to launch upcoming flagship model, as we all know that previous model of Honor (Honor V8 Pro or V9) was launched just month or two back, it’s, just passes few week, one new complete picture leaks of its upcoming successor Honor 9, in the leaked image you will see finished phone with dual main camera and dual LED flash.

The image indicates that the fingerprint scanner is situated on the front, and all four edges are curved, we could say elegant design, the improved feature is a screen to body ratio. The phone has a splendid front and back design, back look bit glossy, I think there are lots of great feature according to leaks, but not confirmed as of now.

Given front side fingerprint scanner will work as a home button as well as unlocking, if we compare Honor 9 design with Huawei P10 so it’s similar to that phone in terms of front and back design, barely back camera and led flash location are different, all depends on look, unless we are not sure about actual design and specification, it may be fake image.

Let’s see, Image also indicates that the device has dual camera setup on its back side, what conclusion come out after the month or two on the topic of Honor 9, probably it will cost more than $600 or $650 and features like 6GB of RAM, 64GB, and 128GB internal storage.