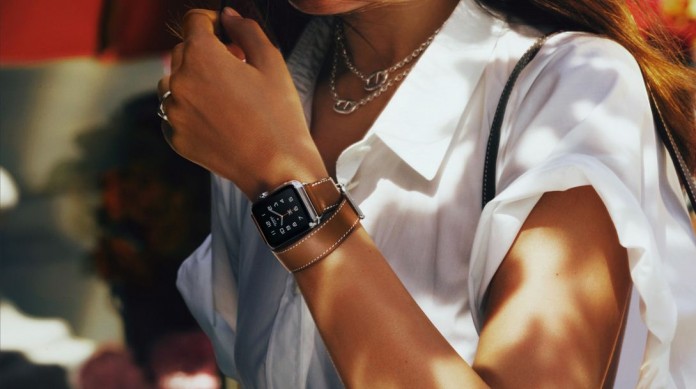 People all around the world eagerly wait for Apple’s device either it’s an iPhone, iPod or Mac computer apart from these devices people also love its wearable device means Apple’s Smart Watch now company is planning to launch its new Watch with Hermes Fashion brand of France.

Apple’s upcoming Smartwatch ‘Hermes Edition’ will go on sale online on January 22 according to a report of Fashionista which is a fashion news site.Users can buy this device online available through both Apple.com and hermes.com websites.

For those who don’t know about Hermes Edition Watch actually this wearable device is result of Apple’s partnership with French fashion house in last year on September they included three collection of Apple Hermes Edition watch which includes three styles of handmade leather straps the three variants are Single Tour starting at $1,100, the Double Tour pricing at $1,250 and Cuff model is most expensive with a price tag of $1,500 and this model is only available with Apple’s 42mm Watch.

According to the report, the complete Hermes Edition Watch collection will be available at Apple.com and hermes.com for purchase which will start on January 22, 2016.

Maybe through tactic company want to persuade its consumers that the Apple watch should be viewed as a luxury item.Apple had launched its Smartwatch in April 2015 and that time they received up to 1 million preorders 24 hours in this way the Apple watch Hermes edition will be much easier to acquire for company as well as consumers this Hermes Edition went on sale in October of last year at Apple’s retail locations such as Los Angeles, Miami, New York, San Francisco, and Toronto.Hermes also sold this device through its boutiques.