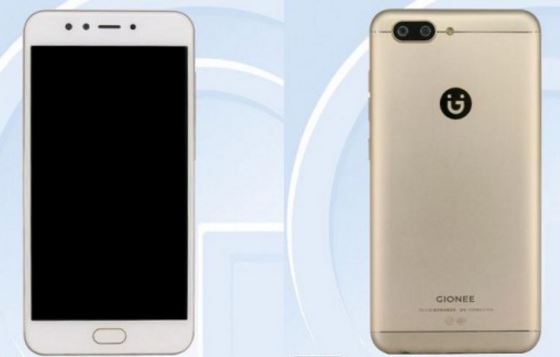 As Gionee upcoming smartphone Gionee S10 spotted on GFXbench is rumored to feature extremely powerful device, its long-awaited 4GB RAM flagship smartphone, earlier, the phone image was spotted on TENAA with a dual back camera, small size LED flash and front fingerprint scanner. The Gionee S10 you will get a budget price, and so far quite a few leaks have taken place around this handset, in the latest specs image posted on GFXbench with few specifications, even front and back body image have been posted online (GFXbench), according to leaked image and few specs put out by GSMArena. It has 12 Megapixel rear camera, but earlier TENAA leaks show it has 13 Megapixel + 13 Megapixel dual rear camera. 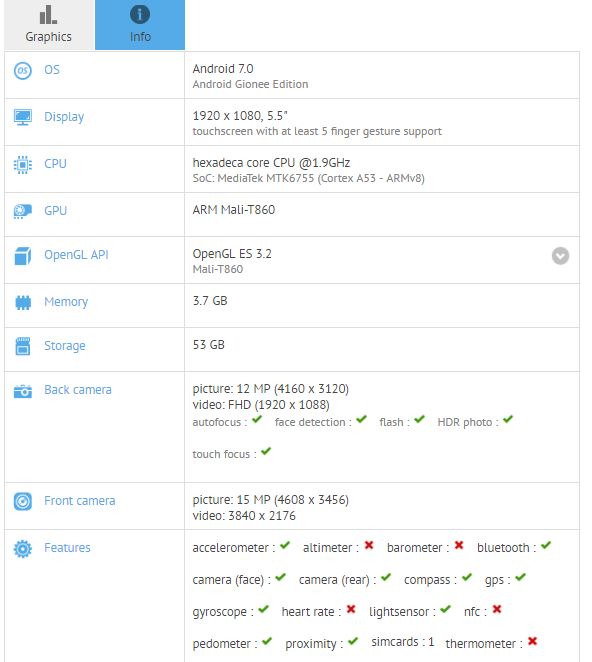 Arguably Chinese smartphone manufacturer yet planning to announce new device within a month (most probably on 26 May), further, the leaks reveals, Gionee S10 will features the 16 Megapixel front selfie camera with high resolution picture and video quality, and will sport a 5.5 inch Full HD (FHD) 1920 x 1080 pixel resolution display. The phone will be powered by MediaTek MT6755 Helio P10 chipset with octa-core 2.0 GHz cortex-A53 clock speed which could be coupled with 4GB LPDDR3 RAM and 64GB built-in internal storage.

The earlier leaks adds the Gionee S10 will have 3700 mAh lithium polymer non-removable battery and dual mini SIM card support, However, it seems the phone will runs on Amigo based Android 7.0 Nougat operating system, in addition, the device will be featured with fingerprint scanner (on the front) accelerometer, altimeter, barometer, as of now there is no official confirmation. Gionee S10 is expected to launch in the end of May 2017.