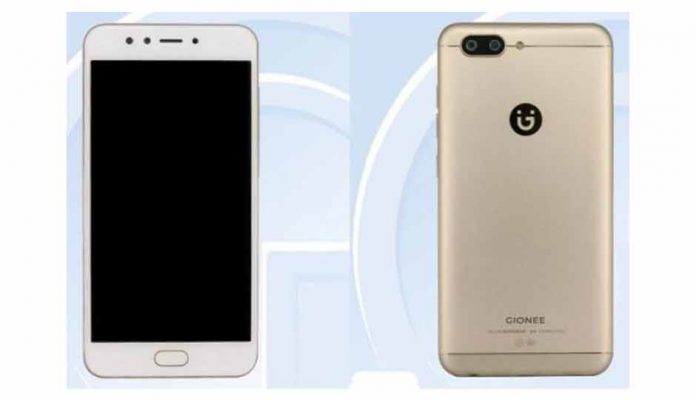 The new phone from Chinese company (Gionee) coming to the market with decent features, just after one month of announcement A1 and A1 Plus, Gionee has planning to launch its new device Gionee S10, as you know that it’s successor of S9, recently Gionee S10 has been spotted on TENAA, as expected the device will come up with full HD display, it’s been few hours for the handset spotted on TENAA.

The phone is still some time away from an official announcement, but after appeared on TENAA along with most of the specs, the device has a 5.5 inch FHD 1920 x 1080 pixel resolution display with metallic unibody design, according to predictably, the smartphone is powered by an octa-core 2.0GHz CPU, 4GB RAM and 64GB Internal storage even you can expand internal storage up to 128GB using micro SD card.

The upcoming Gionee S10 has a dual camera setup 13 megapixel and 13 megapixel on the back and premium 16 megapixels on its front with high-resolution picture, even if you see actual specification of its predecessor had dual (13 Megapixel + 5 Megapixel) camera on the back, in addition, S10 has front home button mounted fingerprint scanner as we see in the picture. Gionee S10 is backed by a 3,700mAh non-removable battery with support for Quick Charge. The phone will measure 154.5 mm length 76mm width 7.6mm thickness, and weighs around 176.6 grams.

The most interesting thing, the device runs Android 7.0 Nougat operating system, and have two color option gold and black, also support 4G with VoLTE, Bluetooth, GPS, HotSpot, WiFi wireless technologies. While there’s no telling when Gionee plans to release the S10, the device could be formally launched in the first week of July.