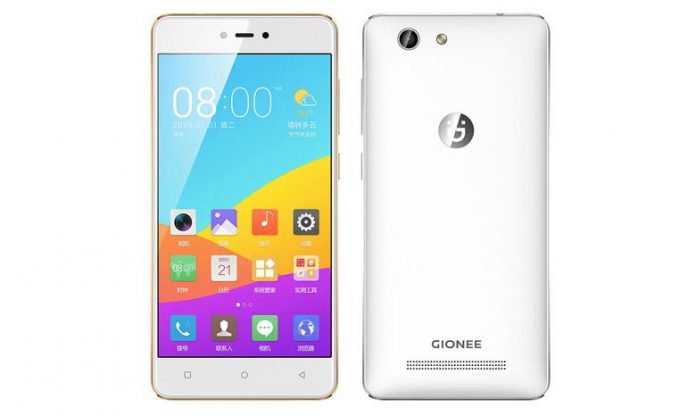 Gionee has launched its latest Smartphone Gionee F103 Pro in India which also the successor of last years Gionee F103.Specs wise the new device is almost identical to its predecessor with some changes in the newer version.The device will be available in online and offline retail stores in India with a price tag of INR 11,990 (Around USD 190).

The device features 5.- inch HD (1280 x 720 Pixels) IPS OnCell display and runs on 1.3 GHz Quad-Core processor which is based on MediaTek MT6735 chipset along with ARM-Mali T720 GPU.The device equipped with 3GB RAM, 16GB internal storage which can further be increased up to 128GB via microSD card slot.The Dual SIM device runs on Android 6.0 Marshmallow Operating System with Amigo 3.1 UI.

The device is powered by 2,400 mAh Lithium-Polymer non-removable battery which delivers up to 20 Hours of Talk-Time and 470 Hours of Standby Time.