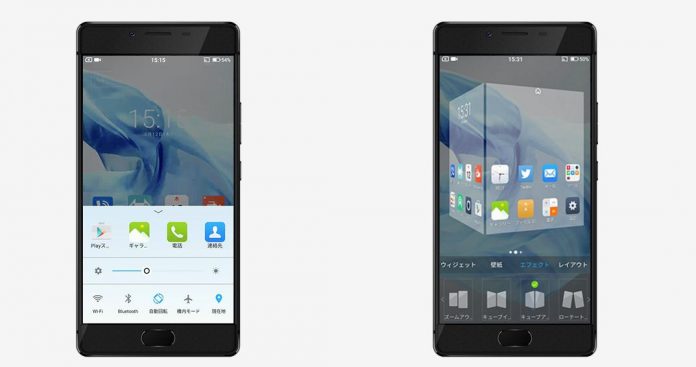 Japan-based Freetel will launch its latest Smartphone dubbed as Freetel Rei on May 27th.The device has been announced earlier this year at the MWC event in Barcelona.The Smartphone comes with all-metal body design with Aluminum –alloy light body material.

Specs wise Freetel Rei comes with 5.2 inch IPS FHD Display with a resolution of 1080×1920 Pixels and powered by Octa-Core 1.3GHz processor based on 64-Bit MediaTek MT6753 chipset along with 2GB of RAM and 32GB internal storage which can be further expandable via microSD card up to 128GB.In terms of camera, it has 13 Megapixels rear camera with LED flash and 8 Megapixels front-facing camera .

The Dual SIM device runs on Android 6.0 Marshmallow OS with FREETEL UI 1.0 on top which features a Swipe-up launcher and various effects for scrolling through the apps and the home screens.On the connectivity front the supports 3G WCDMA, 4G LTE cat 4 networks, Wi-Fi  802.11 a/b/g/n (2.4/5.0GHz), Bluetooth v4.0 with LE support .

The device is powered by non-removable 2,800 mAh battery which provides up to 750 minutes of Talk-Time and up to 288 hours of Standby Time.The device measures 145.8 x 71.5 x 7.2 mm and weighs around 136 grams.The Freetel Rei is available in Metal Black, Metal Silver, Champagne Gold, Pink Gold, and Sky Blue color options with a price tag of JPY 29,900 which is around USD $ 274.