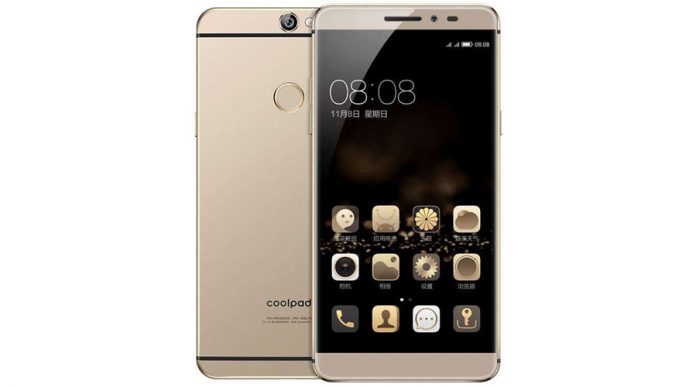 Last week Coolpad had launched Coolpad Note 3 Plus Smartphone now the Chinese company is all set to launch its another flagship device in India on May 20 The Company informs about this handset through their Twitter Account where they announced , “Good News! Our Smartphone will be launched on Friday 20th May 2016.Show us your excitement .#DualInOne.”

Good news! Our flagship smartphone will be launched on Friday 20th May, 2016. Show us your excitement. #DualInOne pic.twitter.com/kUttA3vZeC

The upcoming device is already released in China last year the Coolpad Max comes with Dual-System for securely access the device to avoid the disturbance caused by third party app installed in the device.But right now the company has not revealed any information regarding which handset they will going to launch at that event.

If we talk about Coolpad Max Specs , it comes with all-metal unibody design and features 5.5 inches FHD Display with 1080 x1920 pixels resolutions and 2.5D curved glass.The device is powered by Octa-Core processor based on 64-bit Qualcomm Snapdragon 615 chipset along with 3GB of RAM and 16GB/32GB internal storage which can be further expandable via MicroSD card.

The Dual SIM 4G LTE Smartphone runs on Android 5.1 Lollipop Operating system with Coolpad’s custom UI and powered by 2,800 mAh battery.In terms of camera, it has 13 Megapixels rear camera with LED flash and 5 Megapixels front-facing camera for selfies and video calling.The device also features Fingerprint scanner on the back side of the device and comes with all basic connectivity options such as Wi-Fi, Bluetooth, GPS, and More.The handset is 6.9 mm thick and weighs around 175 Grams.