If you are a developer then it is always the biggest challenge for you to selecting a computer language which can full fill your need.The rank of these programming languages is based on their using criteria.Here we list these languages using Google trends. If we look at the Google trends Graph, we observed that Java is the most searchable language in 2015 throughout the year so Java rank in no 1 position on the list.In the list Python rank in the second position, this language has surpassed the java in the month of November 2015 and if we look at its graph we can observe that the popularity of Python has increased over the past year.Take a look at the Graph below.

The next spots are taken by C and C++ which rank in third and fourth position respectively.Java script the popular programming language in web spot in the fifth position.

The next spots are taken by PHP, Ruby, C# and CSS in sixth, seventh, eighth and nine position respectively. 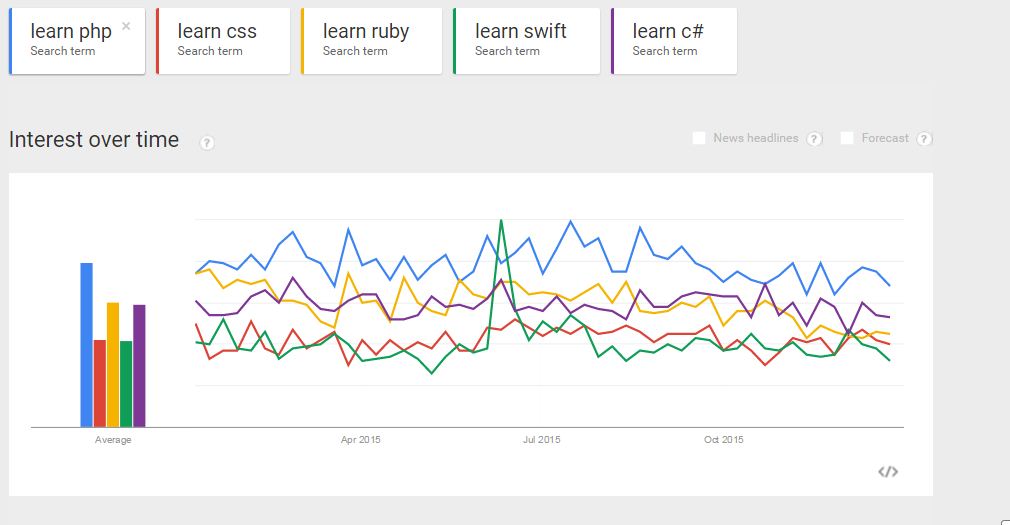 Here we list 10 best programming language according to Google trends who people want to learn in 2015 around the globe.

Xnspy – Why it’s an Ideal Spying app for iPhone?

Margin Trading with CEX.IO: Why is it the Best Choice for Beginners?